If you just focus on the smallest details, you never get the big picture right. 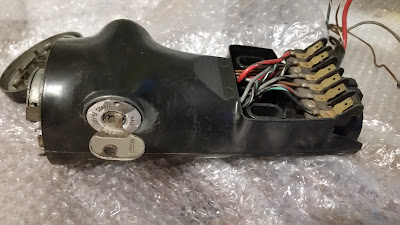 The Koln column from Belgium arrived last week.  It's in about the same condition that I expected - so it was nice to not be unpleasantly surprised. 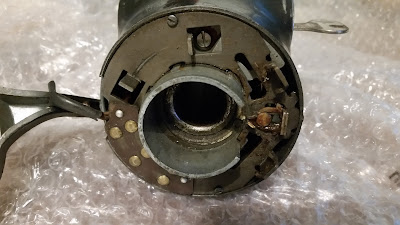 The contact plate is in okay shape but I think I'm going to replace it anyway since I'll have to take it apart to sand it down for paint.

The spring is missing from the contact plate but that'll get addressed by being replaced completely. 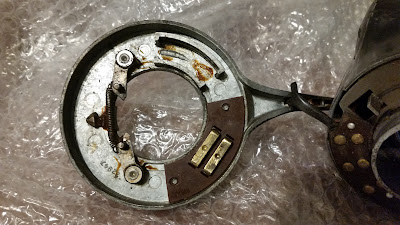 The clip that holds the turn signal arm to the body was missing (I knew this in advance) but I've sourced another one.

There is physical damage to the turn signal arm itself (I didn't know this in advance) but since it needs to be replaced, not really a big deal. 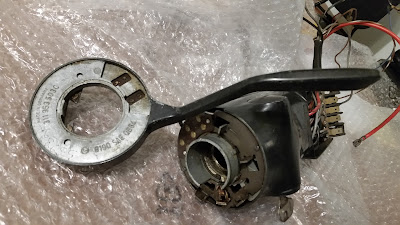 Then we come to the 'fun' part:  The spring and end cap pieces are missing - not a big deal since I have spares.

In other news - I'm now without ads in the classifieds because I took them all down.  One less distraction.

I have other parts inbound and after they arrive, there won't be much coming in for a while as I sort through what I've got and where the projects need attention.

There's one more trip to chrome and possibly one or two more trips to powder coating before I can safely consider it 'mostly done' - it'll be 'completely done' when both cars are complete and the list of 'things to do' is blank.
at March 16, 2016 No comments:

Don't wake me up 'til we arrive 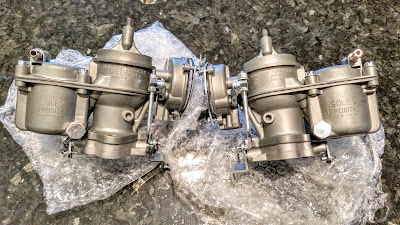 The carburetors from Volkzbitz.com came in the mail today.  They look really nice.  It's going to be kind of a shame that 90% of these things won't be seen once installed.

The other three sets of tie rod ends came in and they're in near perfect condition.  The cotter pins are missing from three or four of the tie rod ends but I can simply replace them when the time comes.

Powder coating will, hopefully, be finished next weekend.  If I get lucky, it'll be ready to be picked up on my way back from a business trip to Indiana at the end of the week.  I haven't accomplished much in the way of getting the engine for Ferris put back together but it's at least on my 'radar' for something that needs to be finished "soon-ish". 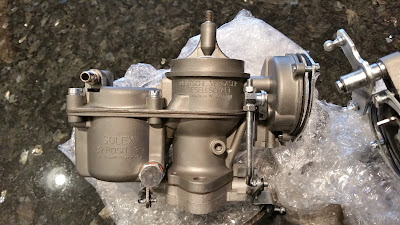 I'm working on ordering the CSP disc brake kit for the front - along with some other parts that I've been trying to find and not having much luck.

I haven't yet confirmed if the NOS seat bases that I found are correct because the seller won't send photos.

Yeah, send me money and I'll send you a mystery package that might be what you wanted/paid for.  I'll probably do it...I've done dumber things that have worked out.  I think this spot has the second pair of interior levers as well - if not, I'll get a (new) chrome guy to quote the job and just refurbish a current set.

I placed two small orders with ISP West to replace both the front hood seal and the rear hatch seals, the rubber grommet for the warm air tubes on Ferris and a rubber cargo mat to quiet the engine noise.

The next few purchases are going to be fewer in number but greater in cost.
at March 05, 2016 No comments: