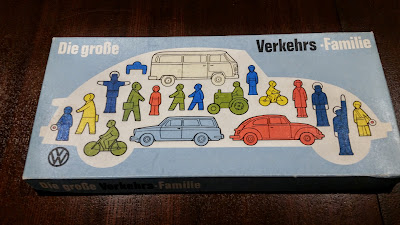 The wayward box from Germany arrived today.  It departed Germany on 8 Dec 15 and arrived nearly a month later...holidays, man.

Inside the box of parts was a 'gift' from the seller - they send me a Christmas gift each year for being a good customer (aka: spending lots of money with them).  It's usually a calendar or other literature - always interesting...but this year, I received an old Volkswagen themed board game. 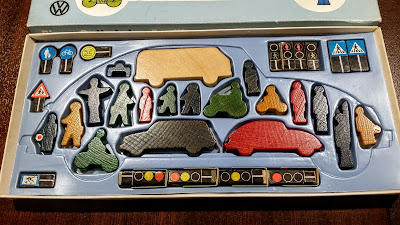 The detail of the parts inside is pretty nice!  I didn't take it out of the box because it's 40 years old and I don't want to damage anything...maybe one day when it's quiet, I'll pull it out and see if I can figure out how the game is played. 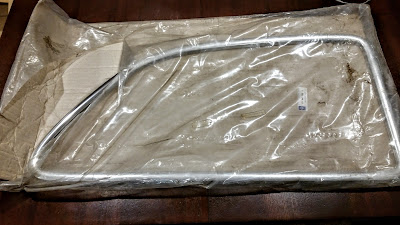 Among other small items, I bought this pair of NOS Notchback pop outs - they're in original packaging (although each is different - both have the OE VW part sticker affixed) and they are in very nice condition. 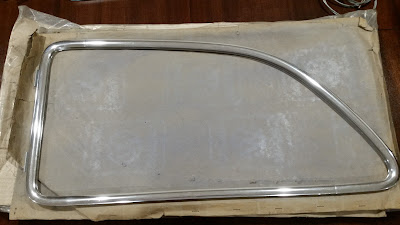 I have a potential buyer lined up but if he backs out, I'll pop them up in the classifieds or in the various Facebook groups to get them sold.

I've decided that I'm not going to buy parts for random people going forward - it's too much work and too distracting, not to mention thankless.  I'll continue buying parts for a few friends but I'm done buying for random people.  I consider it a New Year's resolution for me.
at January 04, 2016