"You are free and that is why you are lost." 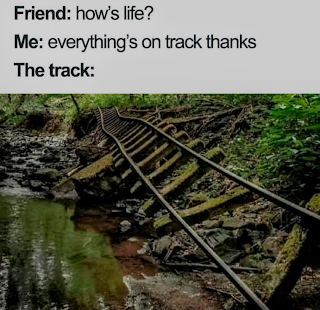 First things first: I have zero idea what happened to the month of February.  It was cold, we tore some shit up in the house and nothing happened in the garage (or with the Volkswagen).

Projects in the house that were initially intended to be contained to specific rooms have essentially crept into several other rooms...so we're doing a lot more early on than we planned.  It's eating up a lot of time/money but I guess the bright side is that we should be done sooner?

I pulled open the South wall in the Volkswagen garage to figure out some dryer vent issues - and I found a giant mouse piss scented tunnel system in what was left of the insulation. Spent the better part of three hours tearing that all out and fixing the dryer vent so that it'd exhaust properly.  It's a temporary fix but I did rid the garage of a rather large mouse nest and some stench.  There's a dumpster coming where the nasty wood and the mouse shit insulation will be disposed of.  I've already purchased new LED lighting and plan on replacing the thin wood paneling with drywall and proper insulation. I have to relocate the attic hatch because it's currently located exactly where the garage door opener will be mounted.  Attic insulation, fix the lighting up there and it should be a much nicer place.  These are tentative Summer projects - as long as the rest of the shit we have torn up goes back together in a respectable amount of time.  That garage will get a lot of love.  And, hopefully, so will the car.  This is also the year I plan to fire up the welder and figure it out.  Seat belts for the back seat, brackets for the rear brake lines...loads of practice!  I've got lots of random metal to start with.

I was given a recommendation for a body shop that's semi-local so I plan to go check that out as well.  I'd really like to get this car painted.

First things first - clean up the garage and get the car running.