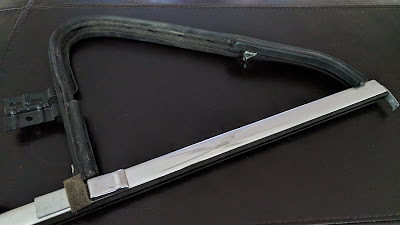 The NOS vent window frame from France arrived early this week - after it made two trips to the US.  The part from Germany was 'Out For Delivery' today so I stayed home all day only to discover that the box wasn't in the letter carrier's truck.  I absolutely fucking loathe the people who handle the mail here. 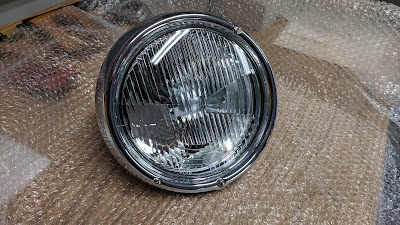 These little beauties showed up yesterday via DHL from Germany (fuck you USPS!).  They're E code H4 3 bolt housings.  I'm hoping that the H4 lenses will improve light disbursement for the LED headlamps.  Someday when I feel like working on the car again I'll swap them out and see how they look. 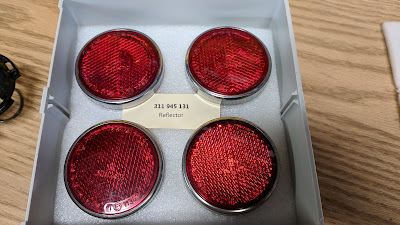 I now have four NOS SWF reflectors - a year ago I didn't know these existed and now I've got four.

I still have a used one and a NOS Hella reflector - at some point, I'm going to have to sell a few to get back to a respectable number. 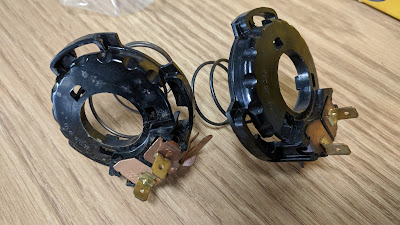 Headlight 'caps' for the older 3 bolt headlight housings - I broke one quite a while back and, for reasons I cannot explain, I bought two to replace it.  I'll probably never use them - especially if I swap to the E code H4 housings because they use different caps. 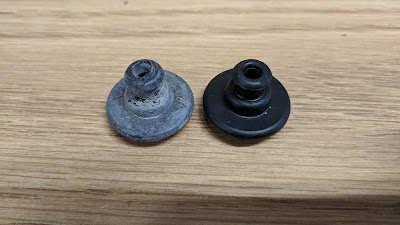 Just for shits and grins, I also bought 4 of the grommets for the rear brake line where it exits the pan.

In this instance, the repop part is exactly the same as the original part - this is quite rare in my experience.

I attempted to charge the battery today and it failed - I think this battery is done.  It's about two years old but it's toast.  Now I have yet another reason to ignore this car. 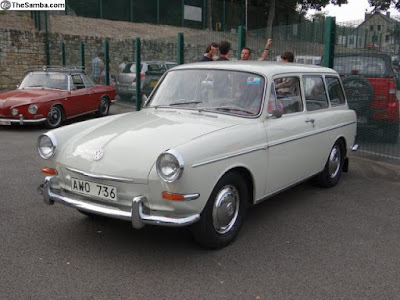 Three or four years ago - this car popped up for sale.  It's a 1965 Variant S with 22,000km - complete with gas powered heater.  It's completely original and everyone who have seen it in person are absolutely blown away by how clean and original the car displays.  It's for sale for 27,000€.  About the only thing I don't like about it is that it's white.

I have tons of photos of the car when it went up for sale a few years ago.

I never thought I'd see this car for sale again.  This is a perfect example of why I should have held fast, saved my money and waited for the game to come to me.

Instead - my impatience bought me a project with an unknown future.
at January 20, 2018