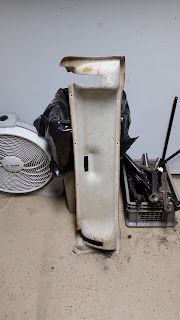 Scored a rear hatch hinge cover this week...no dents or creases.  It came in a small lot of parts - heater controls, pinch welt for the windows and doors, and a second cut out patch of the brake reservoir for an experiment where I will investigate whether I can weld the 'bump out' part to my existing panel divider to install the 67 only brake fluid reservoir.

*Two of the later heat system elbows for the engine for Ferris - they'll be sent off for powder coating once the second piece arrives and I'll have two complete pair.  That'll give me a good pile of parts for grey powder along with the front kick panels. 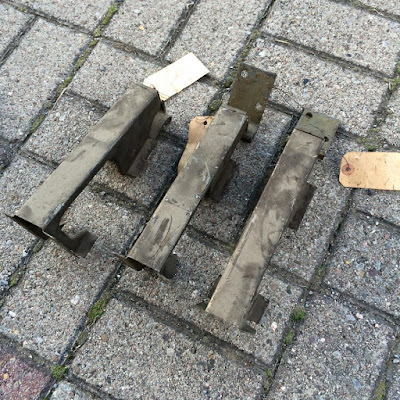 *NOS rear seat bracket support -  a part I'd searched to find for two years before I conceded defeat and had an existing set 'fixed' (they look like shit).  I'm going to take one to a stamping shop that I work with and see if they can give me a price to fabricate them...maybe see if they can do the kick panel if I can find a decent one. 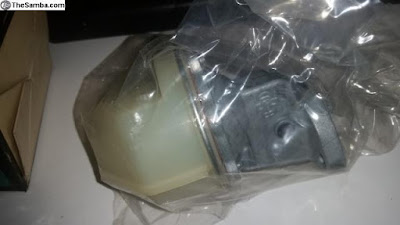 *NOS BCD early style fuel pump.  I negotiated with the seller to yield a slightly better final price.  It'll be the second one in my collection - this one looks to be damn near perfect.  I think this puts me at 6 or 7 of the early style fuel pumps.  I can probably stop now. 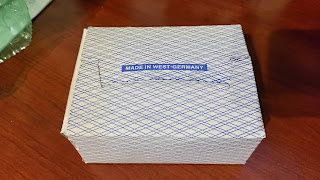 *Warm white BA9 LEDs for the dash illumination bulbs.  I think I screwed up last time I ordered and bought the 'cool white' bulbs which don't look that great in an old car.

*Miscellaneous air filter support pieces and parts for the fuel system/hose clamps - they seem to be kind of tough to find so I bought the couple that I found.

I must have been going through 'buyers withdrawal' because I kind of went nuts...but I'm also putting together two rather large groups of parts that'll be going off in a box in the next week.
at October 08, 2015