"Realists do not fear the results of their study" 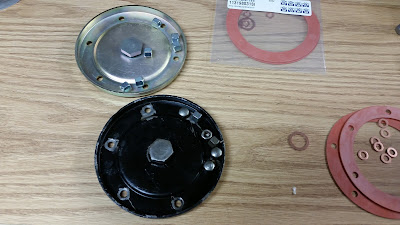 The parts arrived last week but we had some excitement around the house so I didn't get to work on the car until yesterday for a short while.

I tried several chemical options - brake cleaner, carburetor cleaner, MEK - all of which evaporated too quick to have any real effectiveness.

I wound up going back to using the Dremel with brass wire wheels - which was very slow but it worked.  I went through 7 wheels before it was done but it worked...so, mission accomplished.  It's odd at how complicated it was to do something so simple. 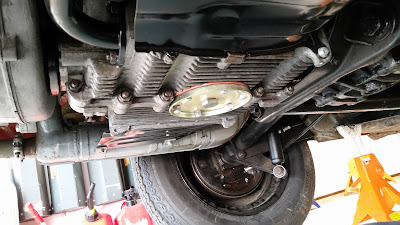 Part of the work involved adjusting the rear brakes, parking brake cables, and, of course, putting new oil in the car.  I pulled the crunchy 'road draft tube' but couldn't get the new one in place due to diameter differences.  I'll try that again another day.

Another thing on my list of stuff to address - the torsion arm bushings - I noticed that the torsion arms are near the cover plate which is an indicator that the bushings are probably due for replacement.  I'm considering waiting until this car is pulled apart for restoration.

I didn't get to attempt adjustment of the steering box yet but that's next on the list of things to do.  The front is still a little more squirrely than I prefer...although some of that could be due to the substantial difference between my DD and this car.
at May 08, 2016