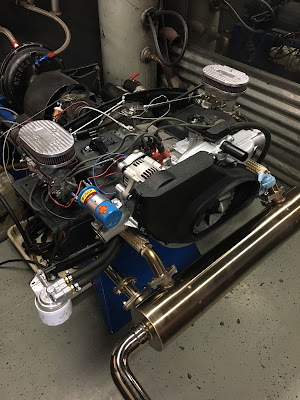 Good news is that the engine is done and has been through dyno.  It's made 110hp with 126 lb/ft of torque.  I'm pretty happy with those numbers - I was expecting more around the 90hp figure - so I'm getting what amounts to a 20% increase vs. what I expected.  Here's a video

The engine will be crated in a couple of days and the transmission will be ready about a day later.  It'll all ship out early next week and hopefully arrive the following week - perfect timing!

I swiped the correctly colored wires from a broken contact plate and plan to install them on the 4 way switch wiring at some point soon...I'll get the relays mounted and adjust the wiring from there to keep it as clean as possible.  The fancy wire crimper I bought is pretty nice to work with - much better than the one I bought years ago.  All that's left is to figure out how to mount up the relays under the dash without it being more of a rat's nest than what VW created by stuffing all of this under the tiny dash. 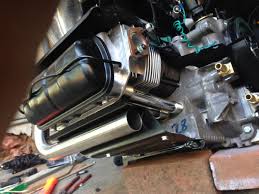 After doing a bit of reading, I decided to buy (not make) some industrial shields since I'm running J-tubes vs. heater boxes.  The point of them is to direct the exhaust heat away from the heads and box in the air flow to keep it moving rearward.  They should arrive around the same time as the engine so, again, the timing is good.  These may stick around for good or they may get replaced with something 'improved' because I can already see an opportunity to improve them by extending them under the cylinder head a bit and tapping the two bumps on the bottom of the head then securing the outer edge of the tin to the head.  Who knows though, maybe they won't rattle as they are... 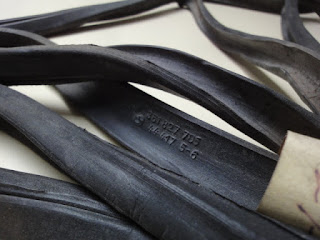 Scored two NOS rear hatch seals from Spain.  One has a minor tear in it that I can glue up.  The other one is going to go to a friend.  I'll have to keep my eyes peeled to find a perfect one - the repops are worthless.  I've got three NOS front seals and they're still being made by VEWIB - not sure why they don't make the rear hatch seals.  I've tried looking for the profile from the various Chinese suppliers but have come back with nothing.  It can't be that unique that this was the only car, can it? 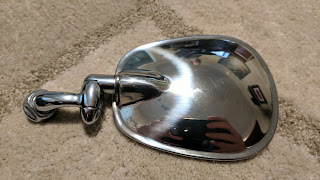 The left side mirror showed up...or rather I chased it down at a post office after two hours of driving all over the place to find it between three post offices.  After telling the manager of the last post office to scan it that I wasn't leaving until he produced the box (and waiting another 20 minutes), the box was handed to me.  The postal service in Georgia has been pretty fucking awful overall so I guess I'm not at all surprised this happened. 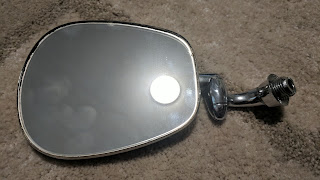 The mirror, overall, is pretty nice but it's not perfect (as advertised).  The glass is 'pushed in' so there's a lip of metal around the edge and that edge now has styrofoam shit stuck to it because of the packing job.  I'll hang on to it with the hope that I can either get the glass fixed or find a better one in the future.  All it takes is patience.

There are other parts inbound - I've sold off a lot of miscellaneous parts lately and that's freed up both space and funds - I'm focused on my car and the parts it will need to be properly restored.  Makes things a lot easier to track now that they're primarily in an inventory listing.

My overall goal with the car is to have it look as stock as possible with modern touches - bigger engine with more modern parts, upgraded braking system and better seat belts for safety and leave the rest of the car as close to stock as absolutely possible.
at September 13, 2017