I should be excited, right? 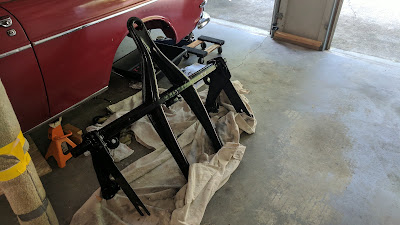 I finally conquered the spring plate installation - what I was doing wasn't working so I tried a couple of other approaches until I found one that worked.  The bolts will need to be swapped out for the shorter version with the proper strength - I plan to do that once it's installed and assembled so I don't have to worry about it popping apart on me. 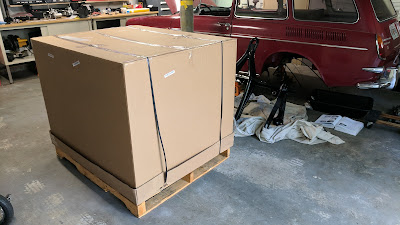 The engine arrived about an hour into the 4 hour delivery window - pretty good timing - I didn't have to wait around for 4 hours. 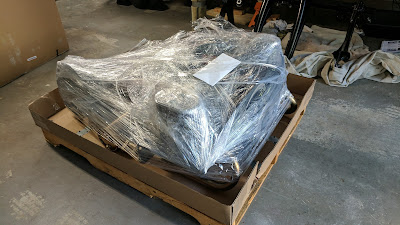 Popped the lid off and found everything wrapped up very nicely. 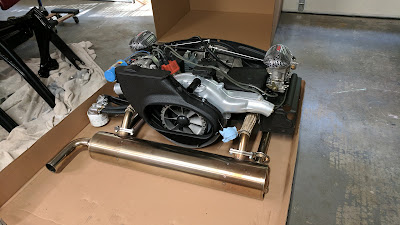 First oder of business was to inspect everything and swap out the air cleaners to the RamFlo units I bought.  Lower profile and better breathing.

There are no sled tins but I have a set to install with the industrial tins.

It's going to stay on the pallet until I'm ready to install it. 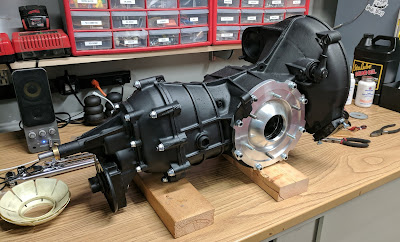 I put the transmission on the bench, installed the mounts and looked it over to make sure it has a Type 3 hockey stick and check out various other pieces of what I requested.

I won't be doing a whole lot more until next week - I ordered a couple of parts from Germany that were due today but it's not here - I had to put a trace on it because it hasn't moved in a couple of days.  I might find out tomorrow what's going on with it.  Until the box shows up, I can't finish the install...not a great start.  If I get to the point where I need something to do - I've got tons of under body cleaning to do - I've been very slowly removing the super old undercoating.  I could easily spend three or four days working on that alone.