The dead weight of time 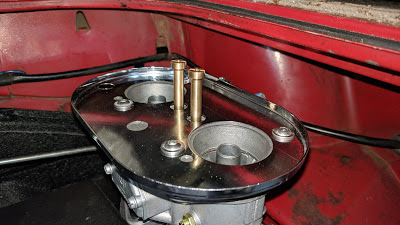 I haven't done a whole hell of a lot in the last few days to the car.  I lost a bit of motivation but attempted a few minor things - some more successful than others. 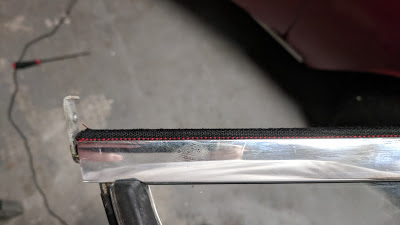 The early window felt from ISP fit the channel pretty well.  I spent 20 minutes cleaning the old sealant out and preparing it for this seal.  Seal went in easily and the matching red stitching was a nice touch.

Once the other pieces were installed - the window provided a very similar result to the driver's side window.  I sprayed the felt with silicone lubricant and, while it helped, it didn't solve the problem.  Still requires both hands and a solid grip to pull the window up - so no chance the window regulator is going to survive that situation. 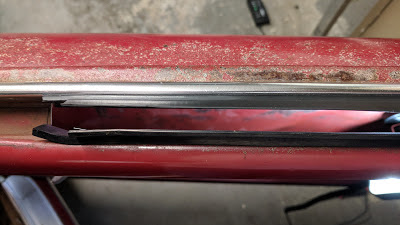 This picture shows the result of installation of the outer trim and the ISP inner scraper.  The gap is approximately 18mm between the seals - the glass is 5mm wide - meaning that there's 13mm of 'space' that will be between the glass and the scraper...not, uh, scraping.

Why is it so fucking hard to get decent parts?

I was given the option to buy this dash a few days ago - looked good and the price was attractive.  Being skeptical, I asked for more pictures.  It was described as NOS. 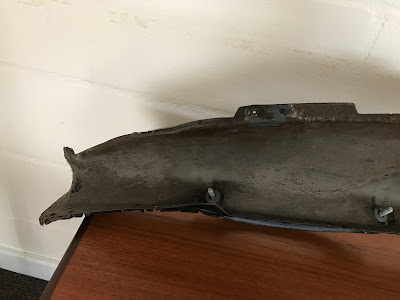 The metal under the dash grab handle is deformed - one of the clues I used to determine that I wasn't going to buy it. 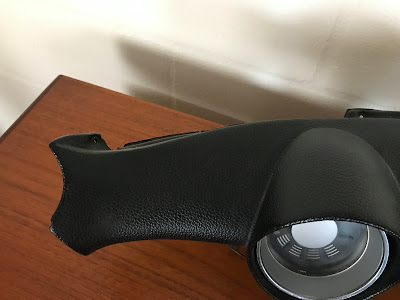 Looks pretty good so far - but the mounting locations are depressed which means that this dash is not NOS and has been mounted to a car. 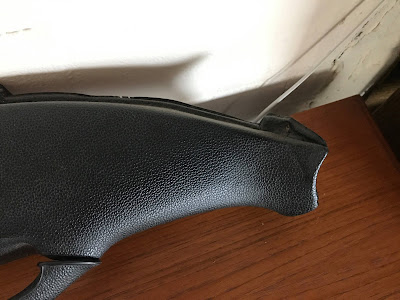 This was the potential deal breaker: the right side of the dash is cracked - hard to tell how bad from this photo so I asked for a few more pictures. 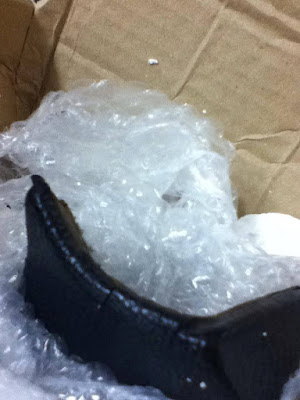 Upon receipt of this picture, I decided to pass.  There are multiple cracks on the edge.  Once these dashes start to crack - the cracks just keep growing.

I decided to hang on to my money and wait for the next one to come up.  I don't need it but I did want it.

I've sold a decent chunk of my stashed parts with more parts on the way out the door...might be a slippery slope but that's where this is going.

Not sure I'll be doing a whole lot with the car over the next few days/weeks.  I'm kind of done installing shit quality parts only to pull it all apart again and throw it away.
at December 07, 2017