A day of accomplishment finds me 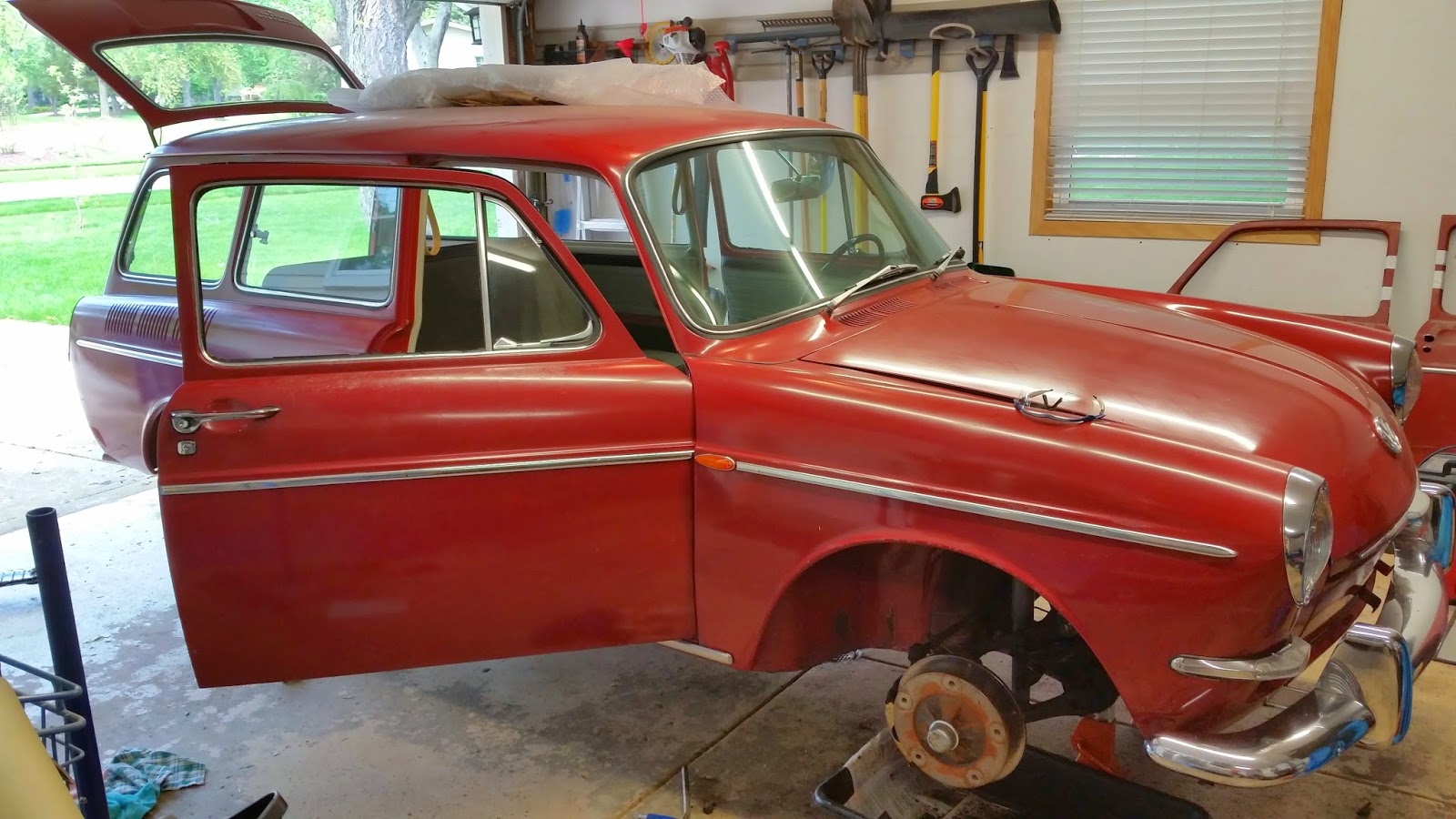 Step 1: Get the car up on jack stands. 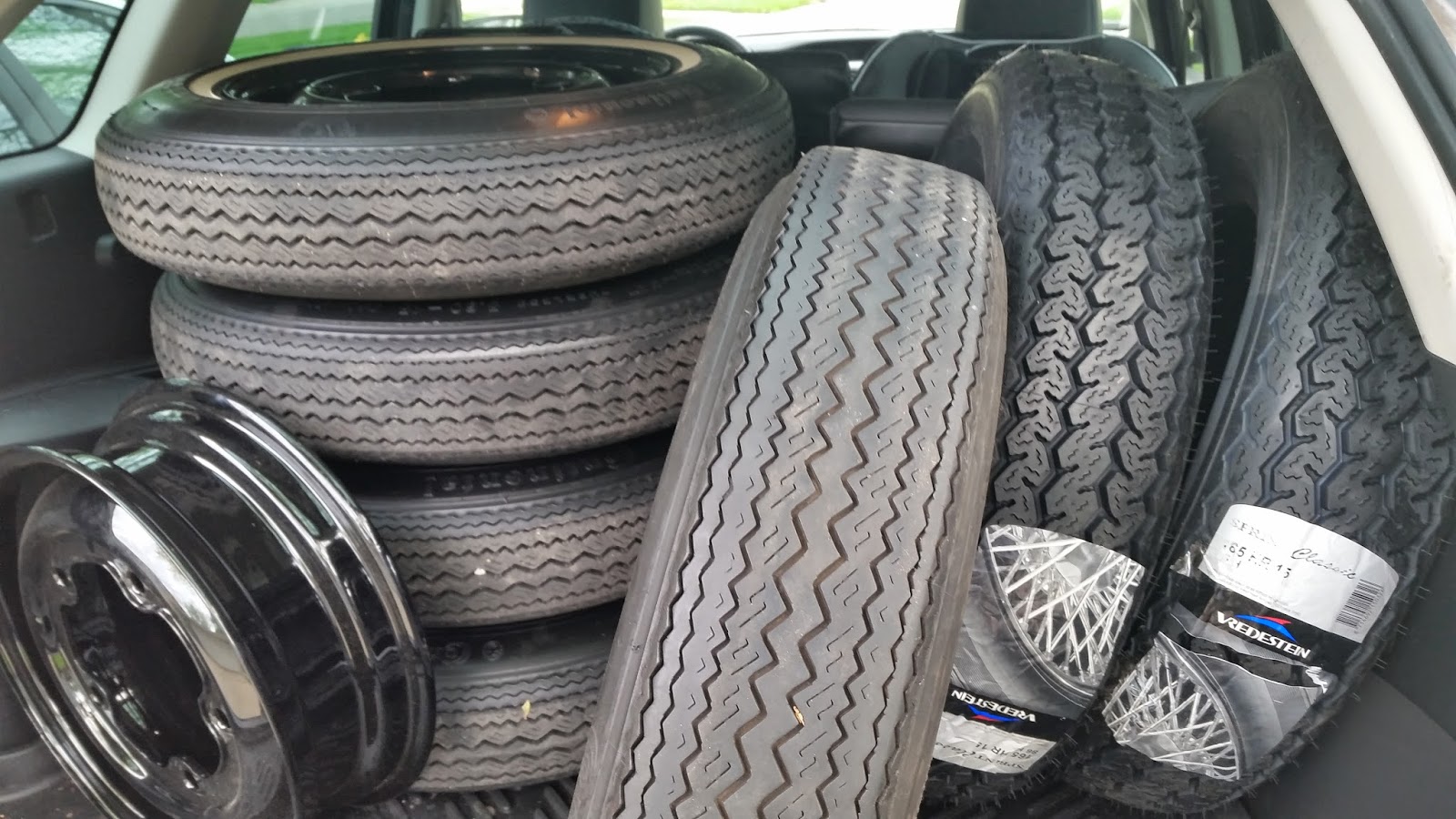 Crammed 10 tires, 6 wheels and myself in my wife's SUV to get the tires swapped.

Note the rather large difference in width between the radials (right) and the bias plys. 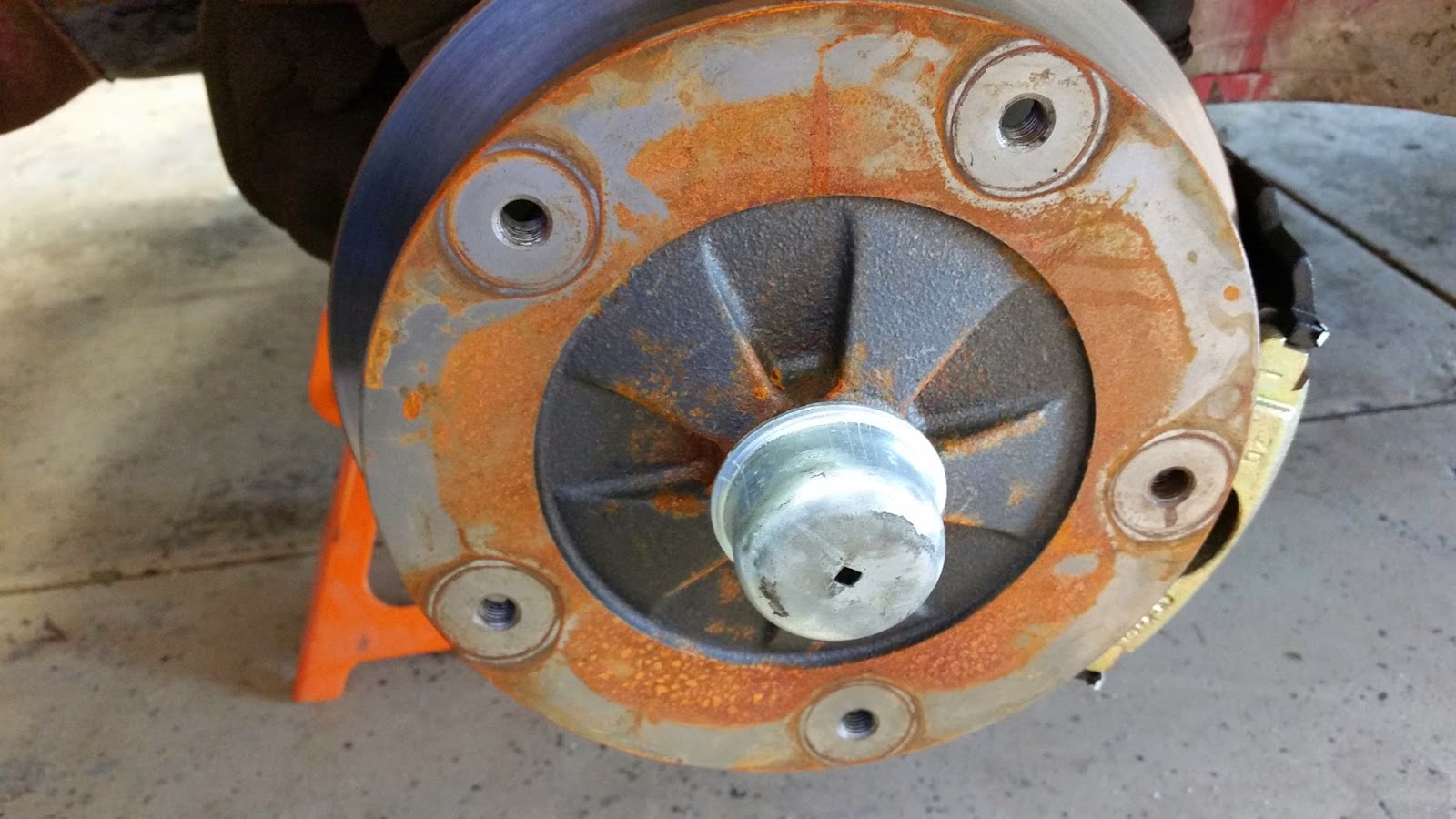 I'm scratching my head at how the speedometer is working since the cable isn't secured as it should be. 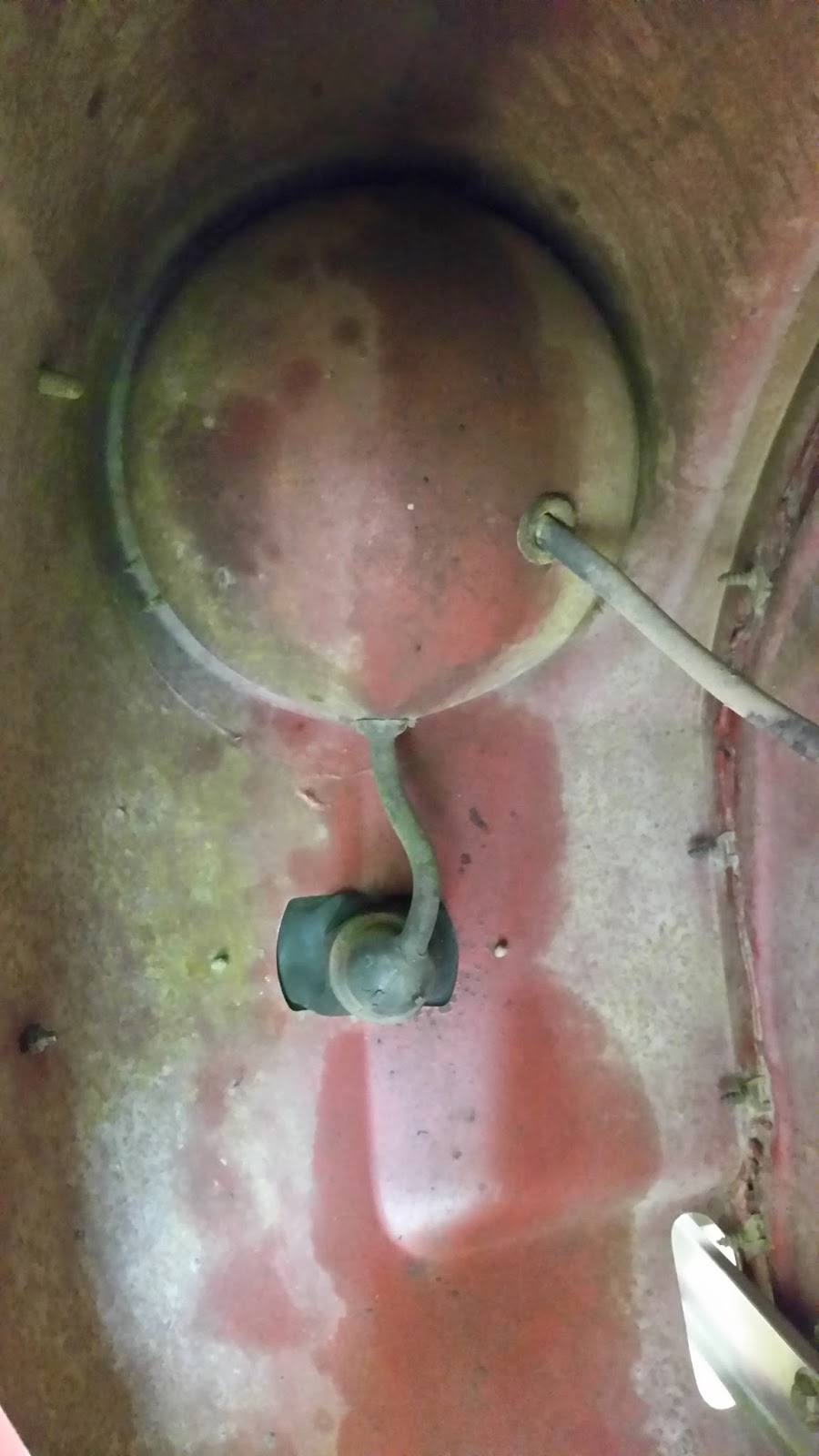 Happened to notice the old school two piece front wrap around seals.  I think this is another 63 model year carry over.

These are roached - dry and brittle -but I'm leaving them alone for now. 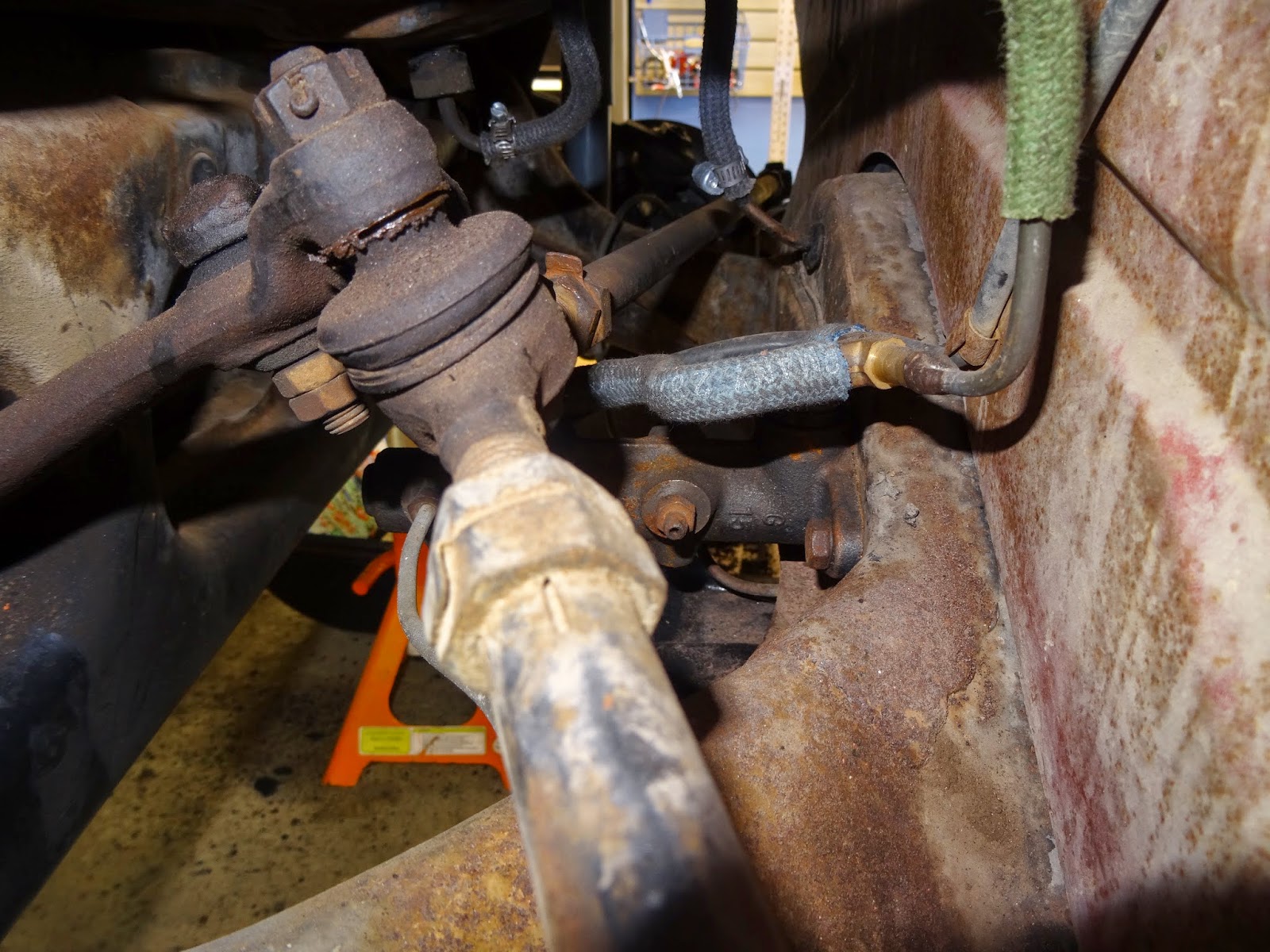 Turns out, there IS a dual circuit master cylinder under there...but it's being fed via a single hose with a "Y", which kind of defeats the purpose of dual circuit systems.

I've got a few 67 reservoirs that I need to mate up for fit.  I'll get one popped in and it'll look as close to stock as possible.

I also wound up pulling the brake plunger for adjustment because the brakes were so tight that I couldn't turn the front rotors by hand. 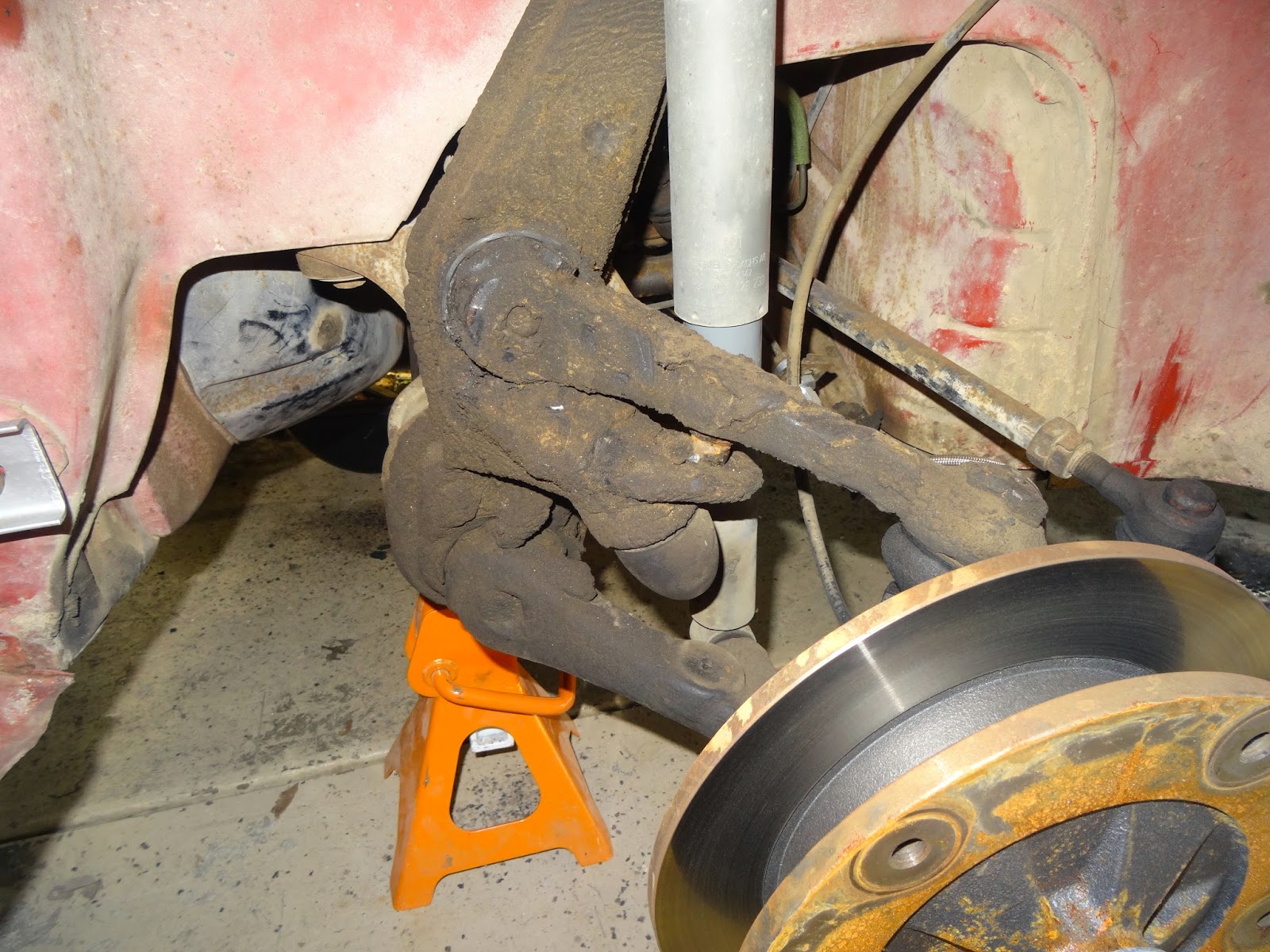 The first thing I noticed when I took the front wheels off.  Mountains of brown crud. 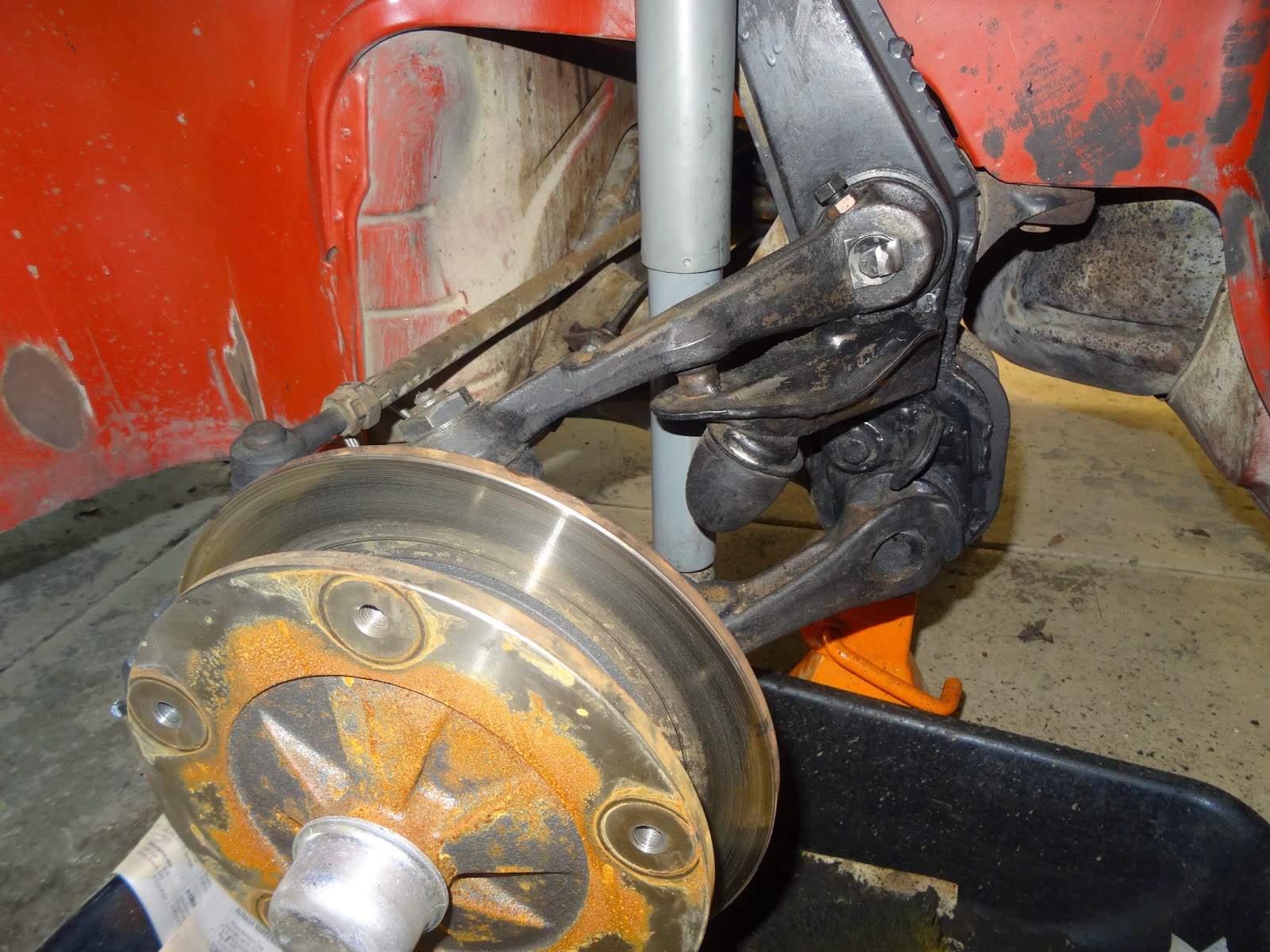 The right side after being cleaned a little.  I couldn't get the floor wet so the cleaning was 'dry'.  I managed to get most of the crud off the beam and arms. 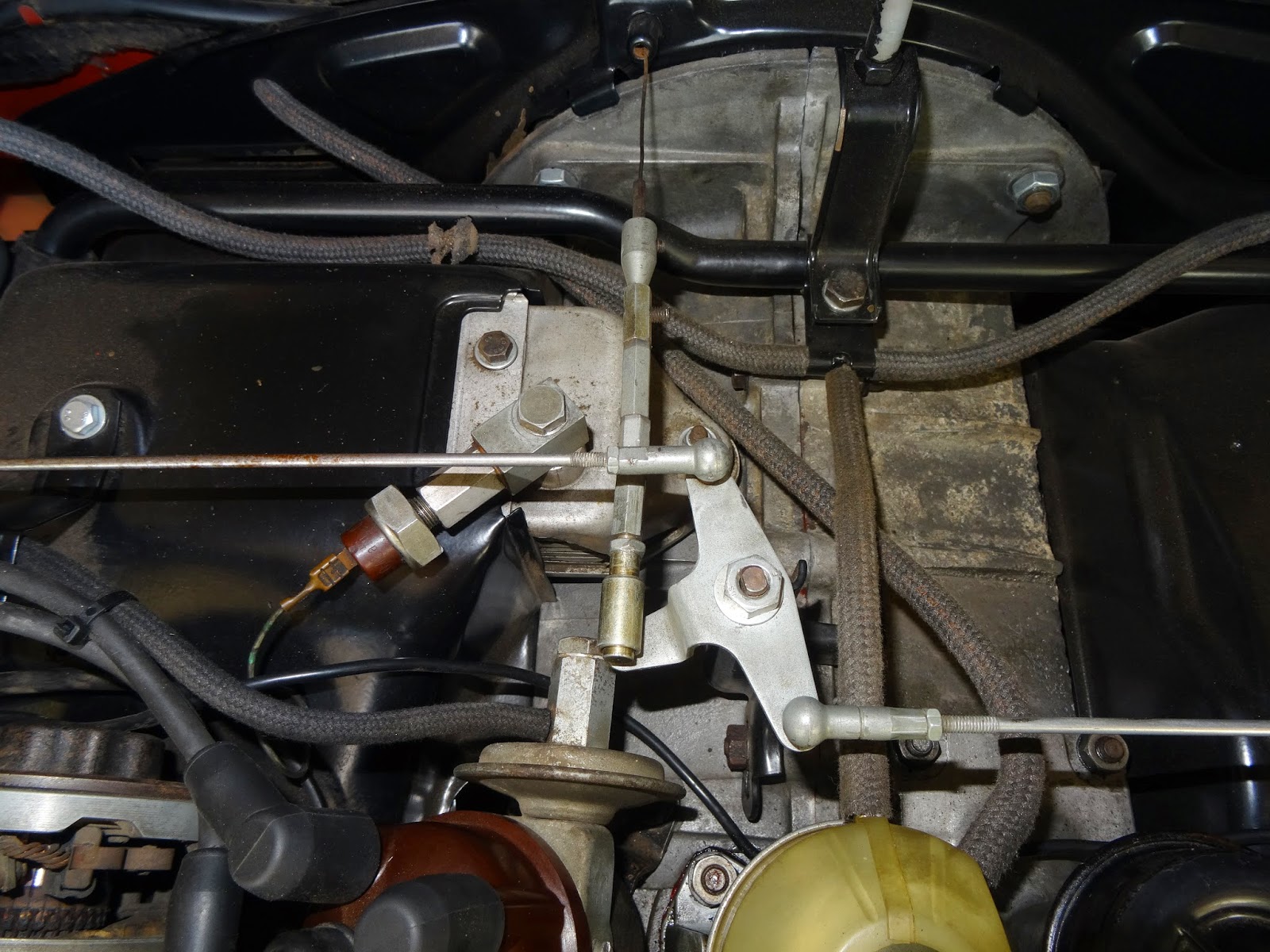 I discovered that one source of the binding was the accelerator cable.  The front loop and the replacement pedal assembly didn't get along.

I installed original parts and the pedal action is super smooth now. 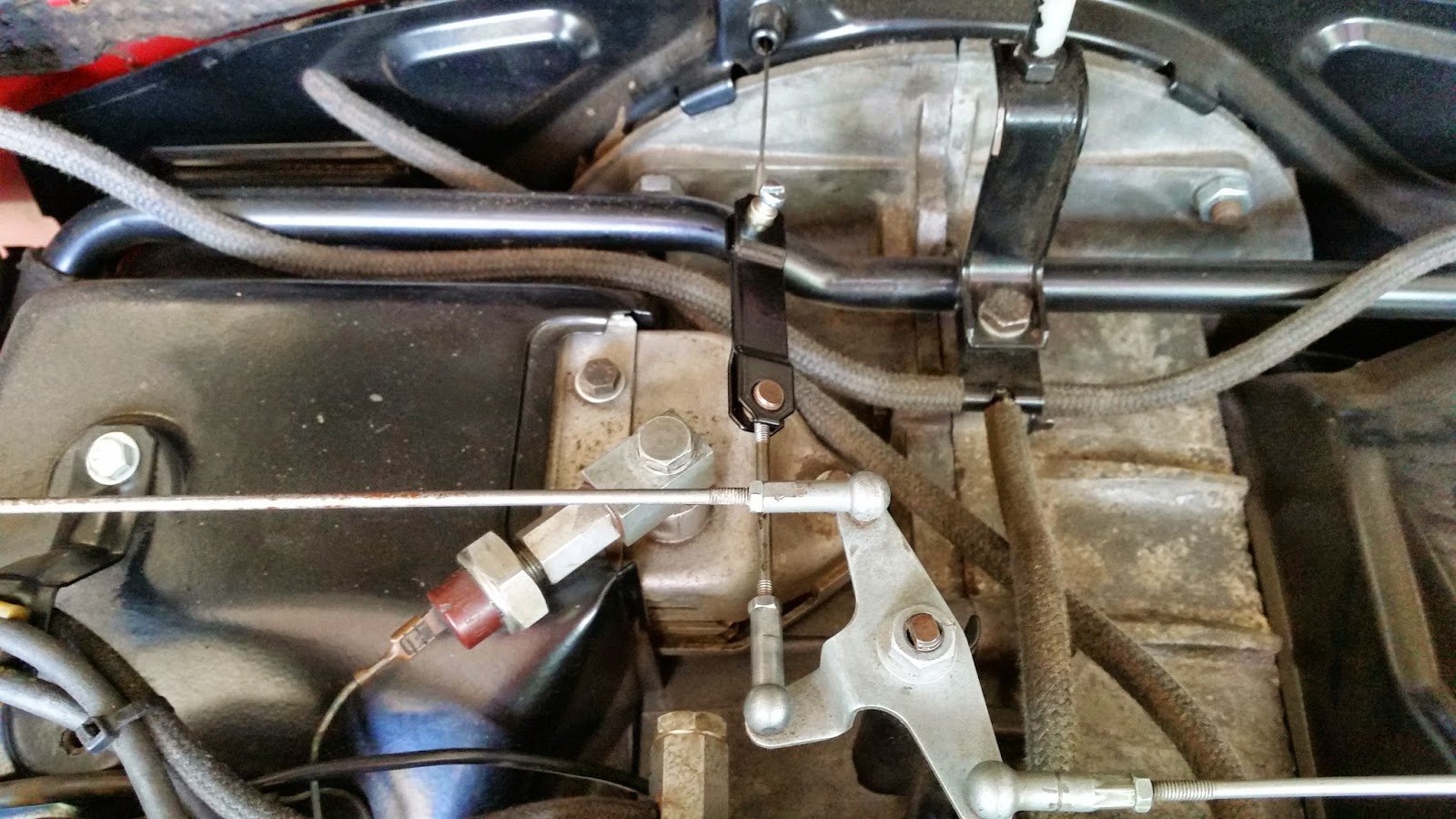 Swapped out the Legoland creation and installed the correct cable, linkage pieces and fittings.

It's nice to see NOS parts being put to use. 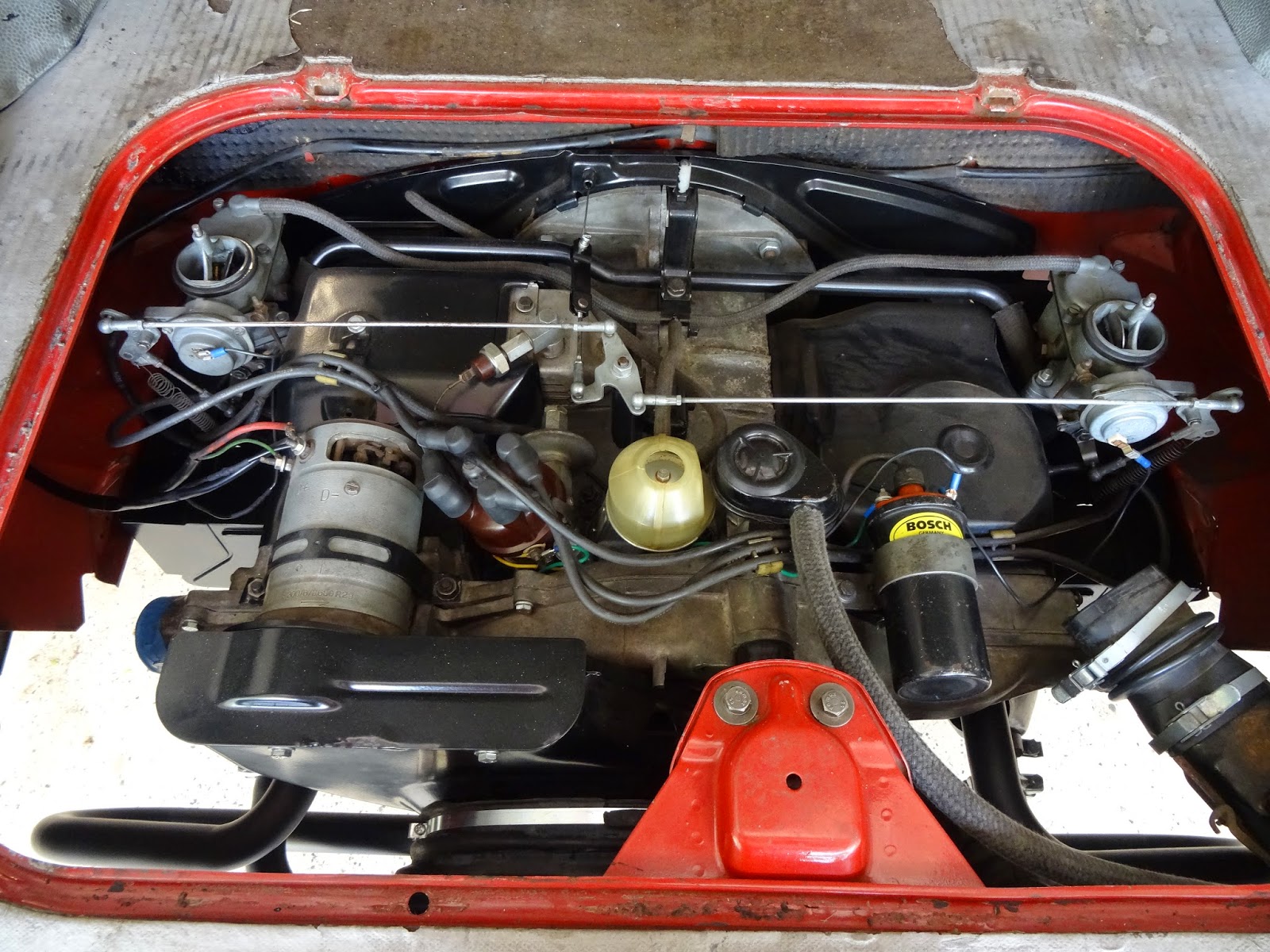 Did a little cleaning in the engine bay while I had the door off. 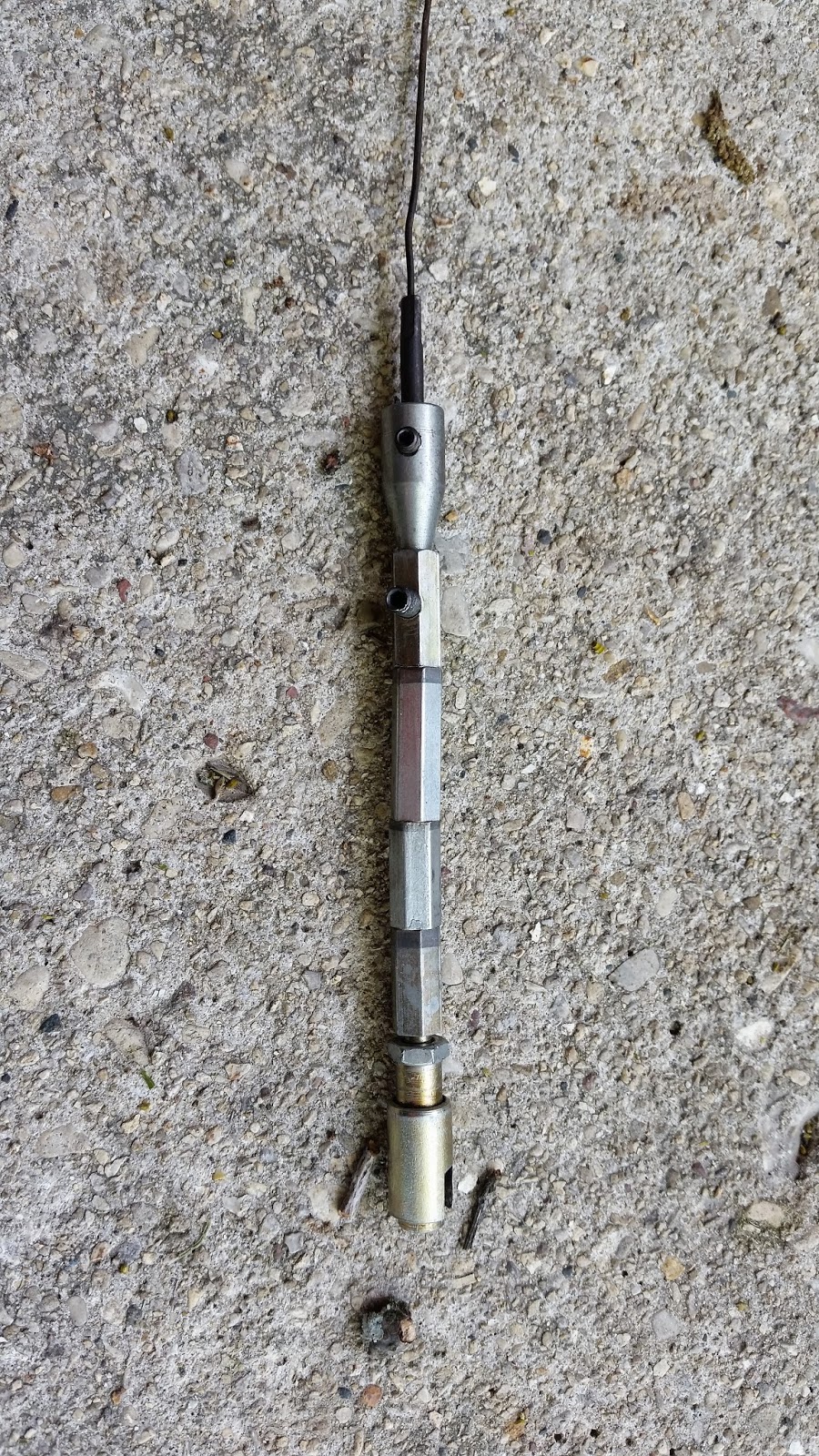 Let's come back to this Lego masterpiece one last time.  Make no mistake, this is some MacGyver'd holyshitI'mstuckonthesideoftheroad kind of creation.  The accelerator cable was likely an original with the larger loop style connection for the Z arm accelerator pedal.  I pulled it out and replaced it with the correct length later model cable since I used a later style pedal cluster. 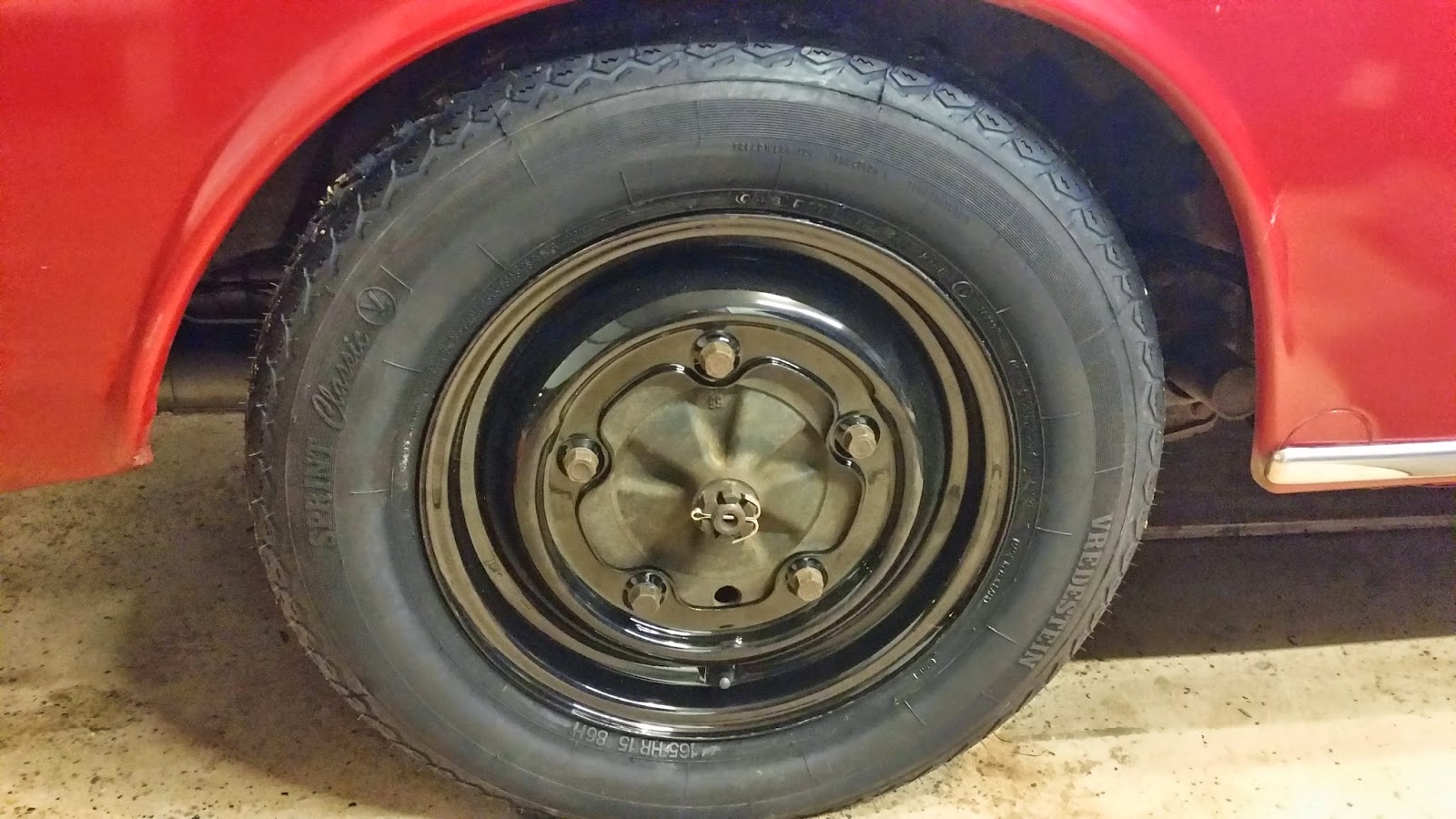 The installed Vredstein tires.  They're much wider than the bias plys and black wall.  I debated long and hard about white walls and decided that I'd prefer the black wall tire with the trim rings and hub caps much more.

I also replaced the dash lights with LEDs, replaced the fuel gauge cluster bulb holder due to a broken fitting, swapped out the column and installed the NOS Koln column and fixed a few sketchy wires.  I changed the timing slightly and the car starts faster now.  There's still a misfire or something similar that I can hear while it idles...and that knocking sound.  I adjusted the gear selector and found 2nd gear and reverse after about an hour of screwing around with it.  Hopefully this means I don't need to swap the transmission as a result.

I got a lot accomplished today although it wasn't as much as I'd hoped.  I was rather ambitious with my goals and most of them were realized.  I think one more day and I'll be happy with driving the car.
at May 22, 2014