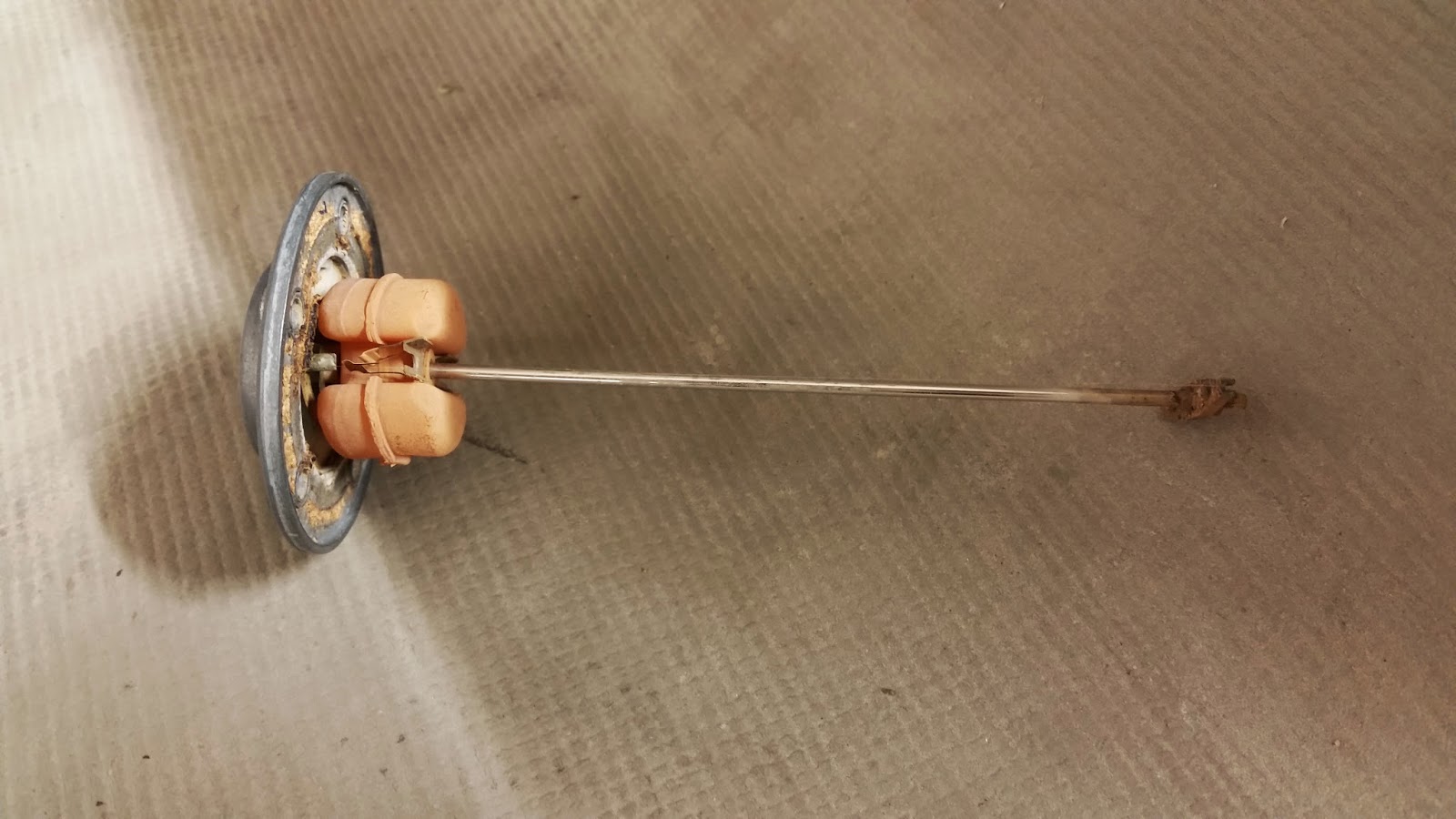 Another day of organizing the garage and working on the car yields a functional fuel gauge (the photo is the one that was removed), installed trim rings and hub caps and a slightly better engine tune.  The fuel sock in the fuel tank is collapsed so I opened it up a little with a screwdriver as a temporary fix.  The engine idles much smoother now, albeit a little on the high side. 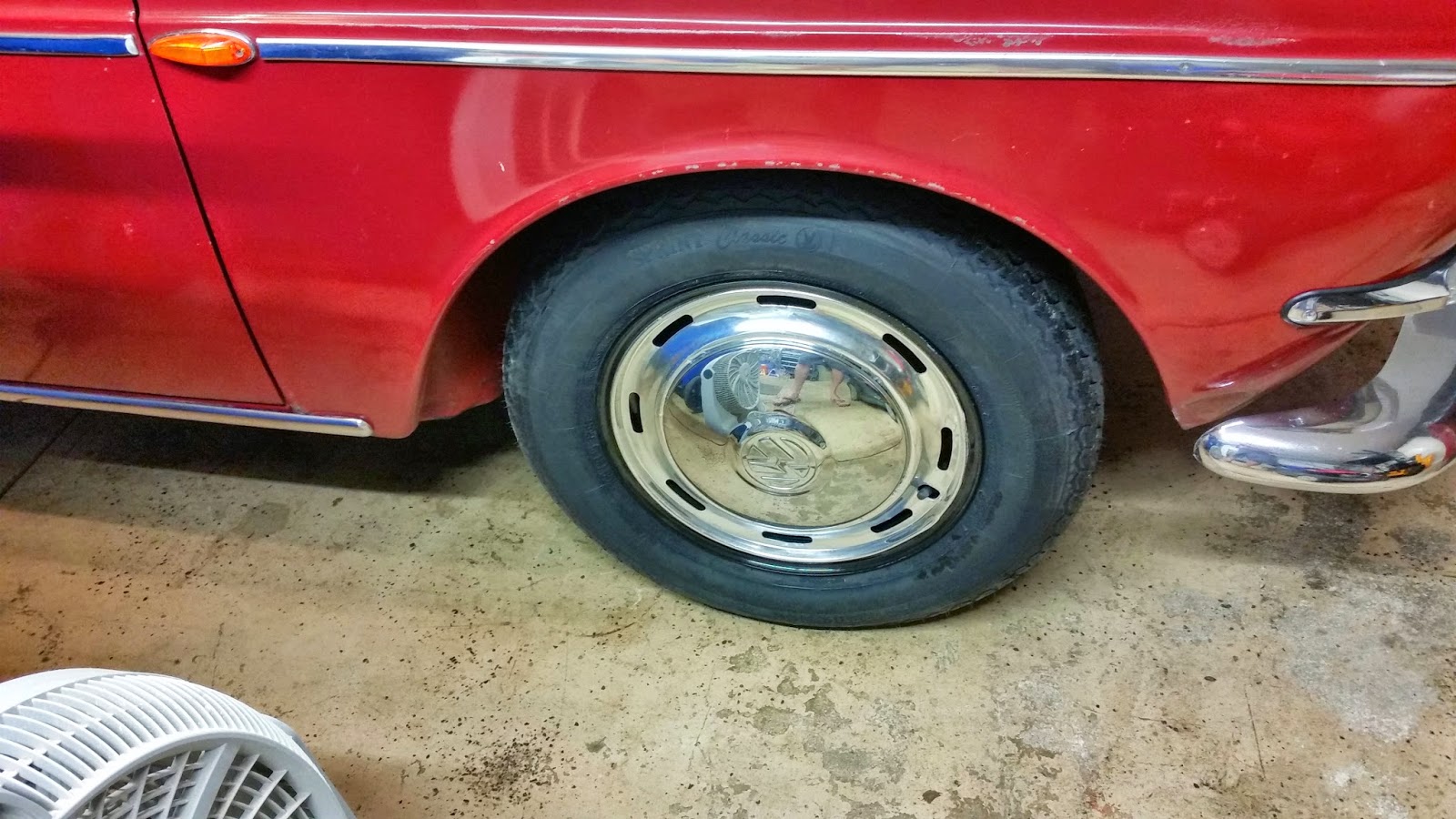 I'm going to wind up pulling/swapping the fuel tank and then digging into the steering system.  There's an odd scratching sound when I turn the steering wheel-like there's a cat where the steering damper should be...and this cat doesn't like sharp turns.  I thought it was the new tires rubbing on the inner fender but that turned out to not be the case.

The clutch pedal still hangs slightly somewhere.  I can't quite tell if it's the pedal assembly striking something in the tunnel or if it's the rear arm on the bell housing.  The transmission has a curved clutch arm and the action isn't quite as smooth so I'm going to swap it with a straight one which should solve the issue.

I took the car out for a 4 mile tour of the subdivision and, while imitating the sound of an angry typewriter, the engine is strong, transmission shifts smoothly and the feel is quite a bit better.  I'm sure the front end is going to need some attention-that much crud on the beam means it's been a long time since it's seen an adjustment or grease.  I won't at all be surprised to find worn out ball joints or tie rod ends...

If the minor engine tweaks don't solve the idle hunt and ticking noises, I'll pull the engine and swap it for the 1500S in the garage after I swap the fan housings.
at May 14, 2014