When curiosity and opportunity meet in a dark alley 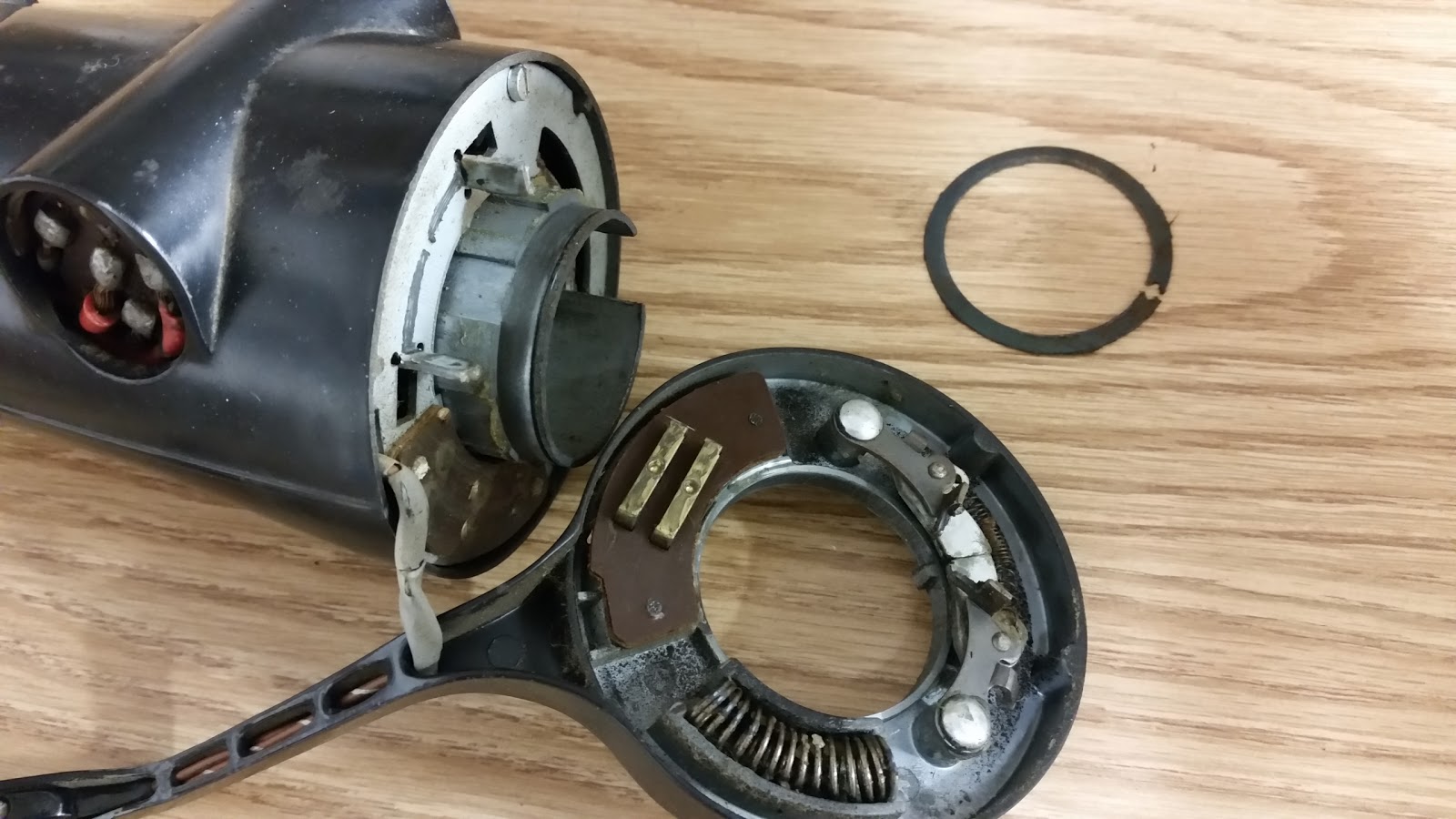 I was super curious about the condition of the internal bits of this column...and in an odd twist of fate, I also had some time to do it.

Having time to work on things and a clean space upon which to work are usually mutually exclusive...but this time everything worked out. 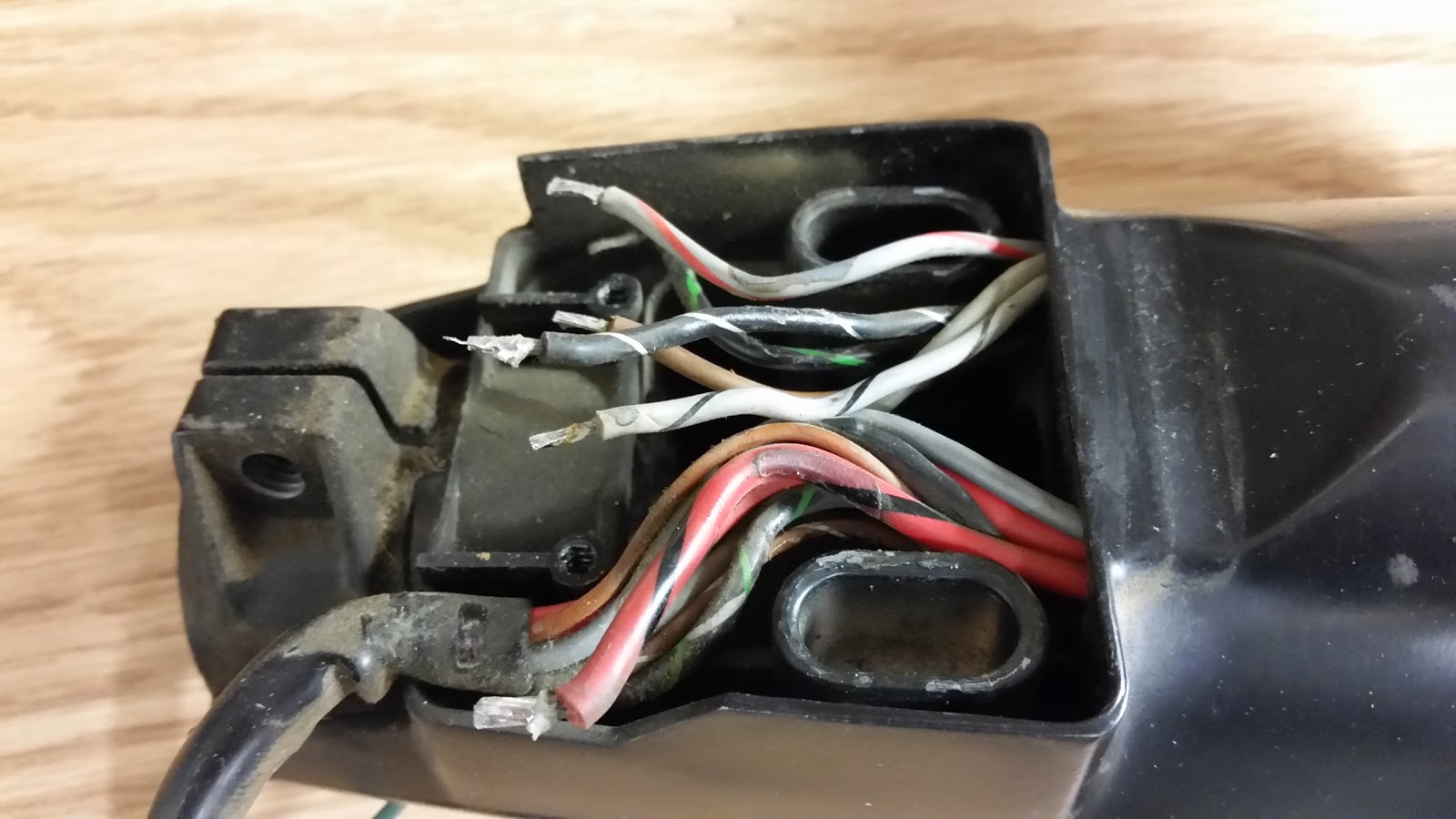 First up was to remove the rear connection plate. 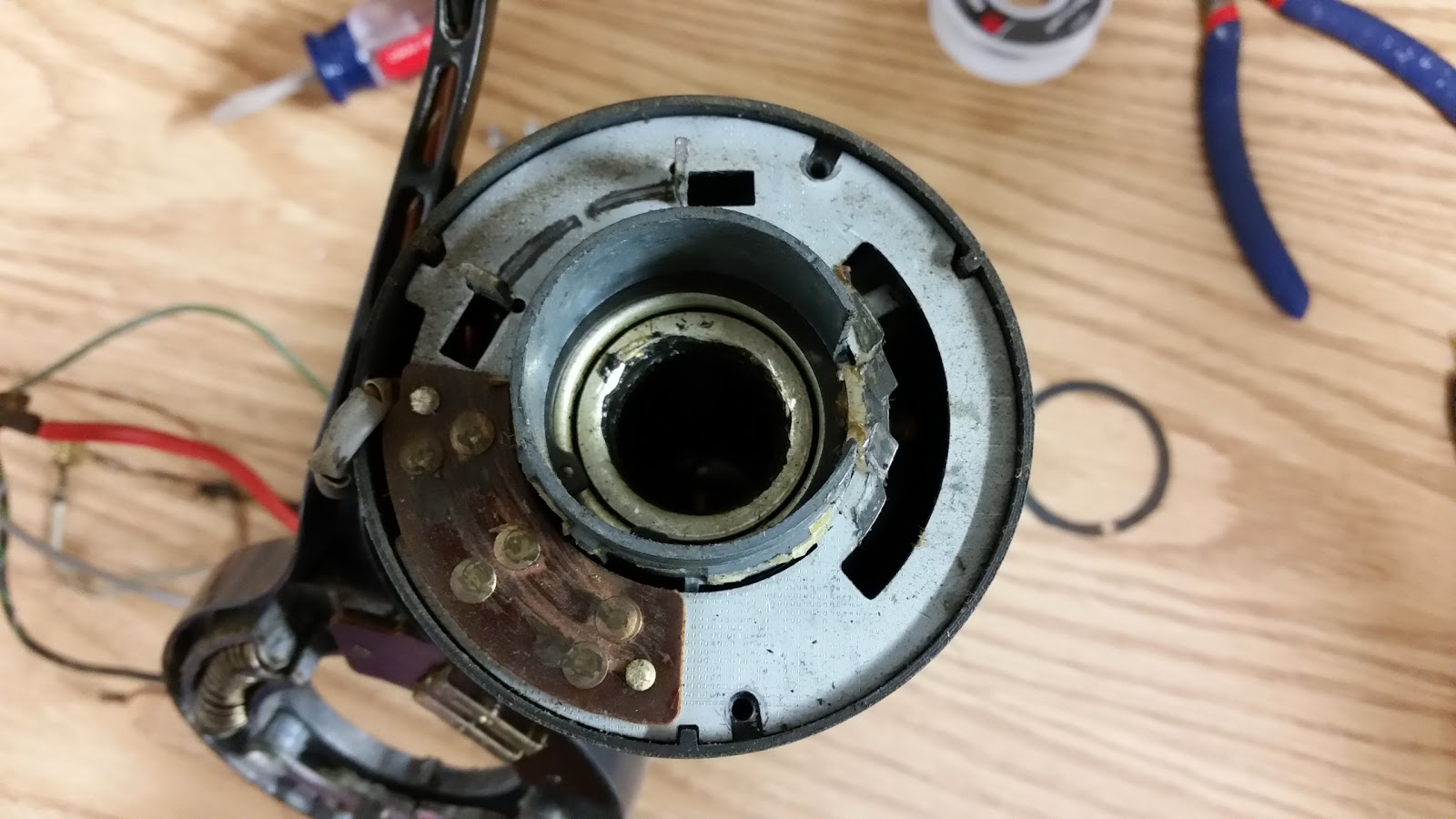 Next I popped off the turn signal arm to have a look at the contact plate.  Dirty but in great condition. 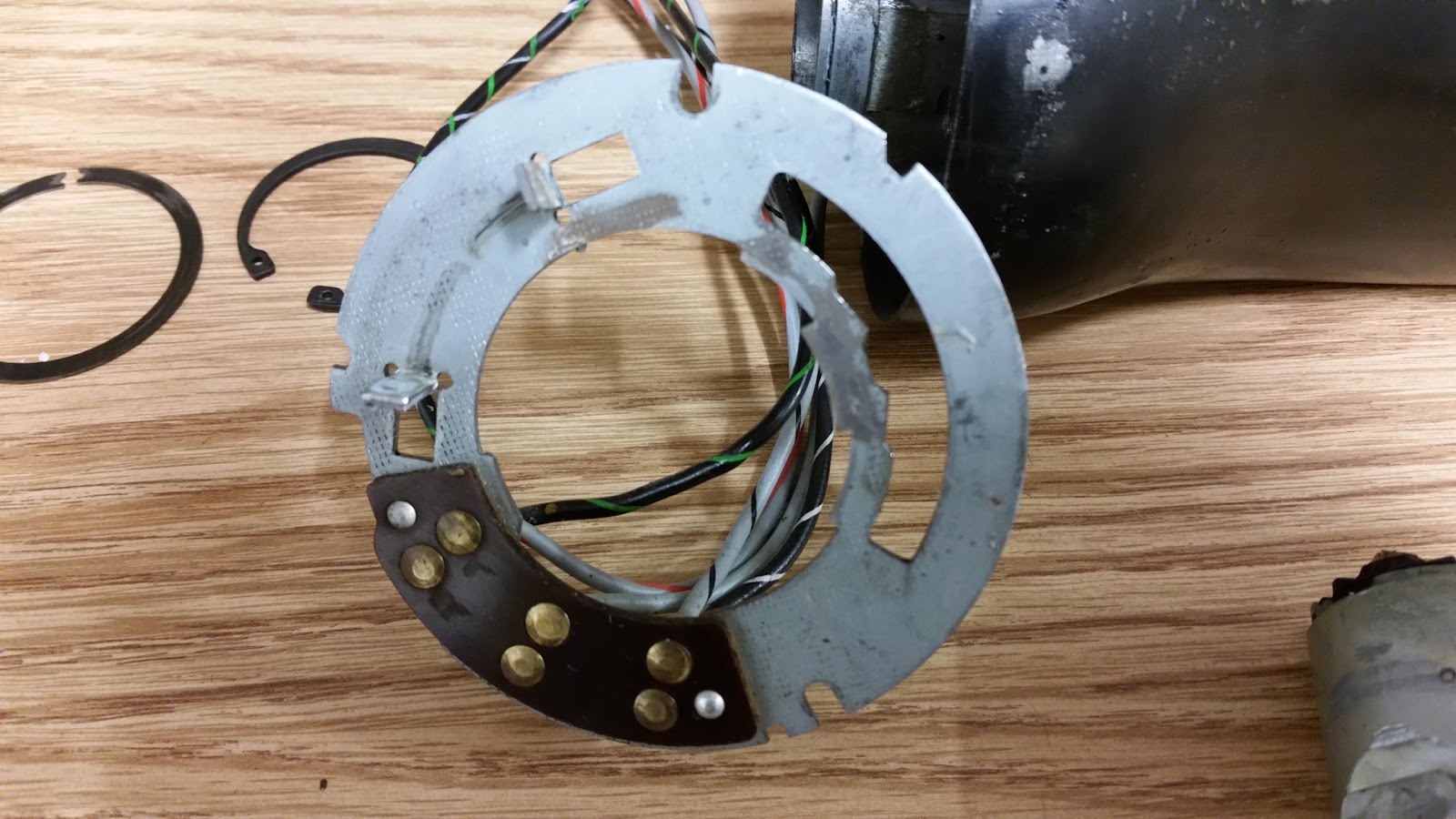 I did a quick cleaning of the contact plate with some electronics cleaner.  I'm sure that stuff is great for the skin...good thing too because I wasn't wearing gloves. 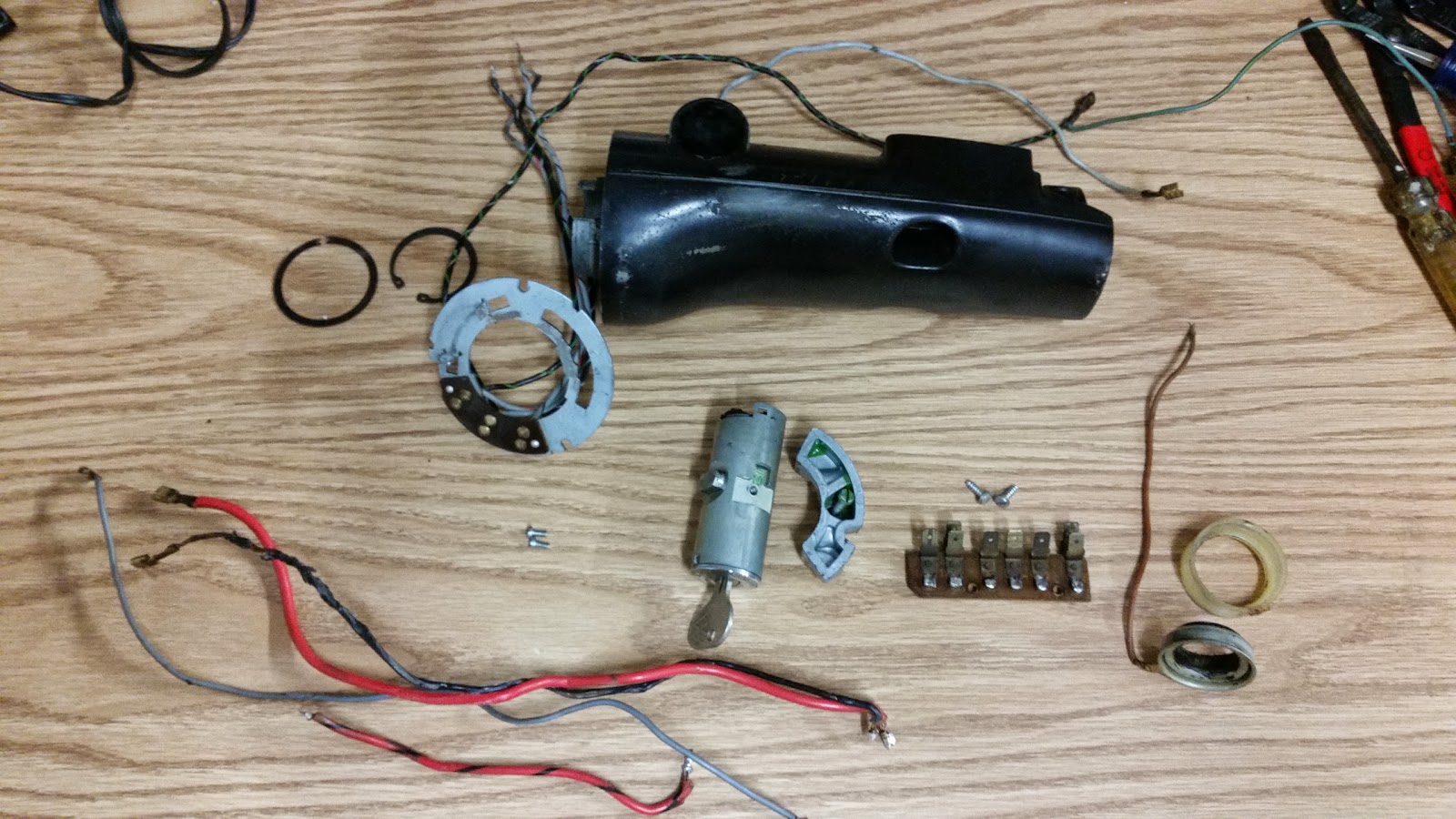 The pile of pieces once I'd taken it all apart.  I had it completely taken apart in about 15 minutes.  Practice makes it simple.  I've pulled about 20 of these apart over the years so I'm familiar with the order of operations. 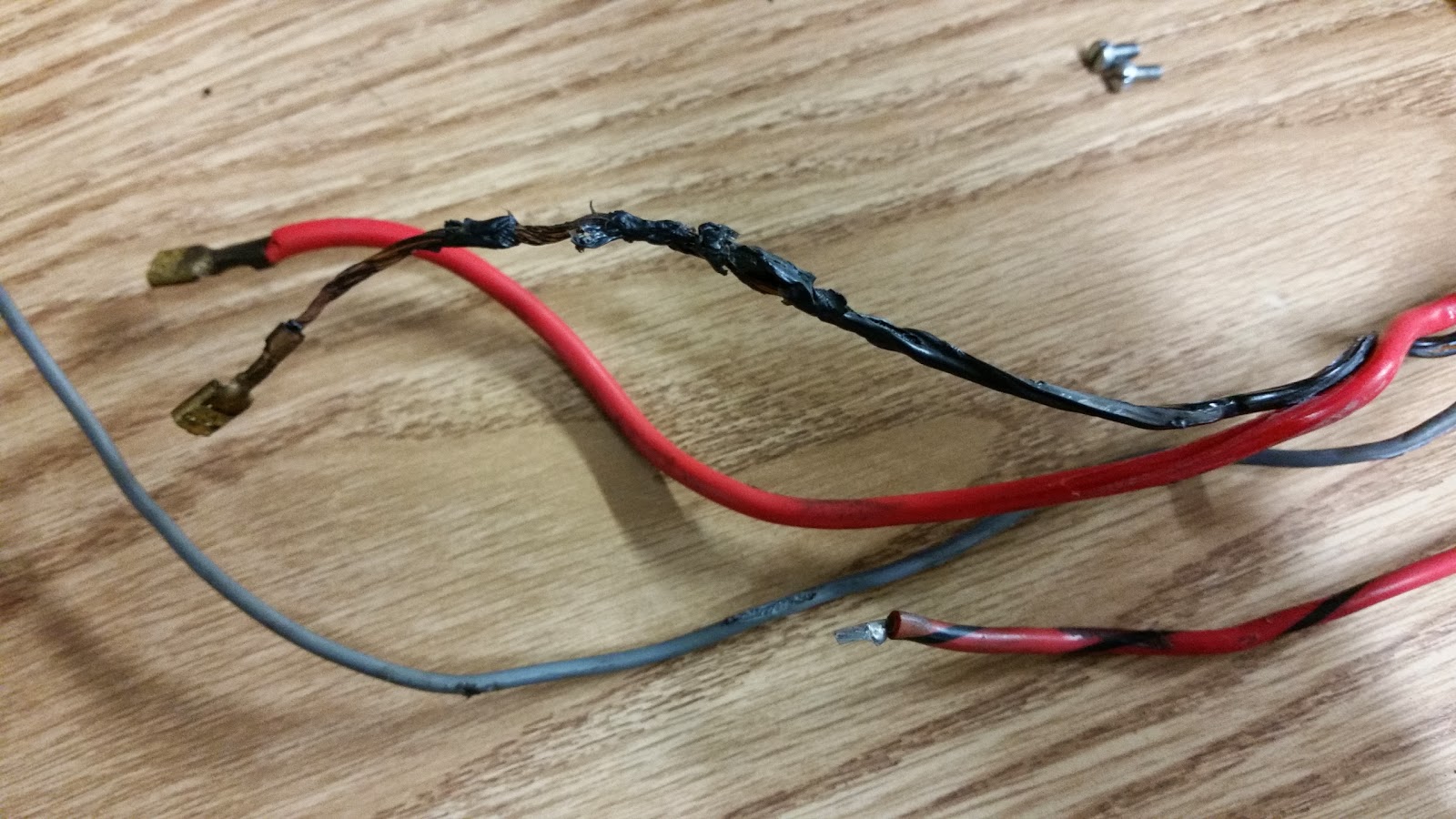 The black wire on the ignition was fried.  Not just fried in one or two places, it was fried from tip to tip.  It got so hot that it fused to all of the other wires touching it and the black sheath as well.  The P wire (for side marker lights) was melted to it and when I pulled them apart, the grey wire was skinned.  I have to replace the grey wire and the black wire, end to end. 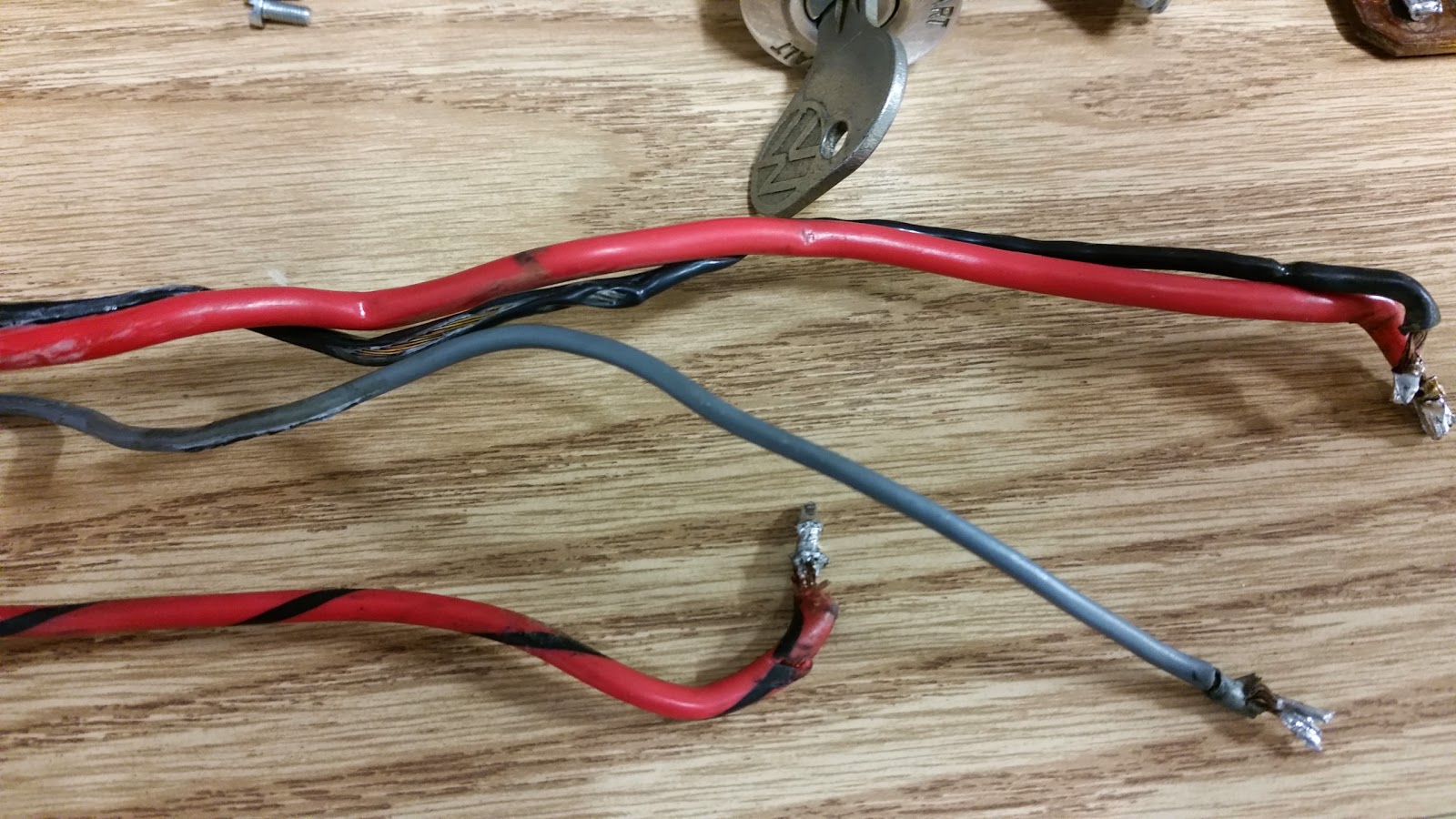 There were at least three shorts in the wiring in this column.  The black/red wire was shorted out at the column behind the ignition switch.  I'm positive this happened because the screw that is supposed to hold the switch in place on the lock block wasn't just loose-it wasn't in the hole at all.  The screw was what I heard rattling around in the column.  That screw not being in place allowed the ignition switch to be pushed back against the wires, which are right next to the column housing.  Push real hard a few times and the wires short out.  It's a rather common situation with the early columns.

The only negative thing that happened is that I lost the tension spring for the turn signal arm in the trash can next to my work bench.  I was cleaning the arm and heard the spring pop off and then ricochet off the side of the bag.  99% of the time, there's nothing in this trash can, but it's full of leaves, Mazda brake parts, rust and dirt.  Should be fun to sift through in the next day or two. 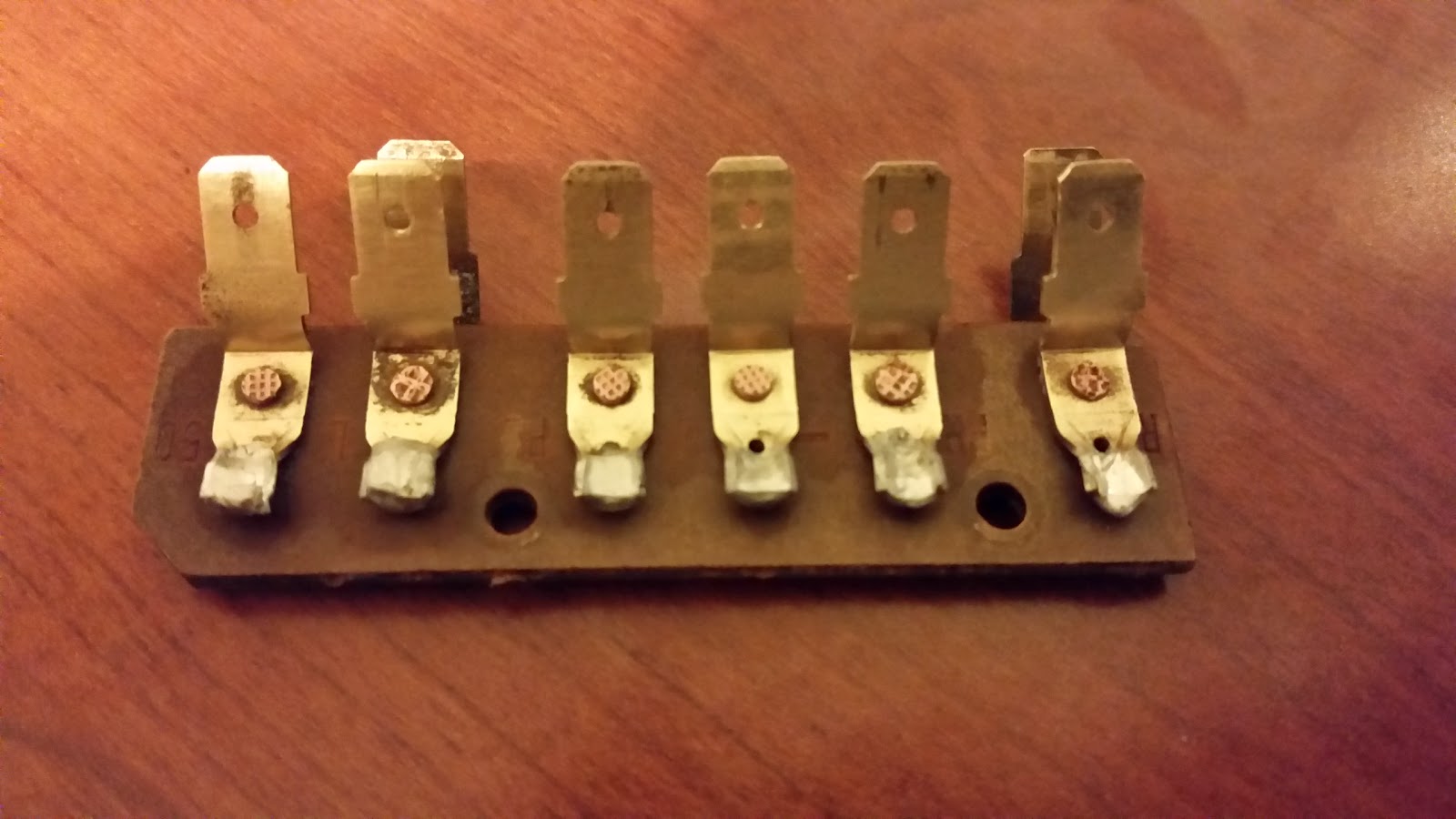 The connection plate cleaned up nicely with some metal cleaner.  Took two rounds but this looks much better already.

All told, the column is in pretty good shape.  I just need to dig out my bin of spare wire to replace the two fried/melted wires and send the ignition switch off for a rebuild.