Everything counts in large amounts 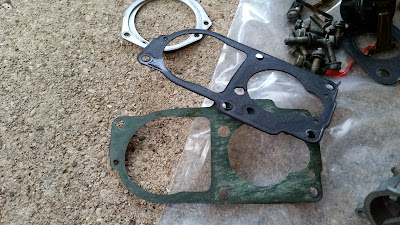 Dead giveaway that the right side carburetor had been rebuilt - black gasket!  The left one appears to have never been apart. 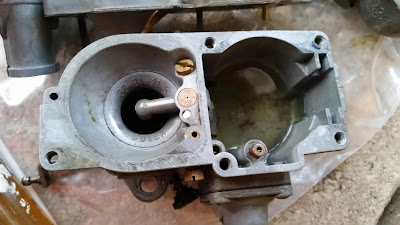 The dirty bowl of the right side carburetor.  The needle/seat was also new and may be one of those that tends to stick - I wonder if that was part of the issue. 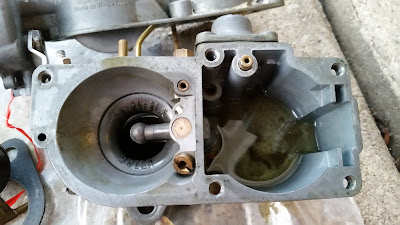 Dirty bowl on the left carburetor. 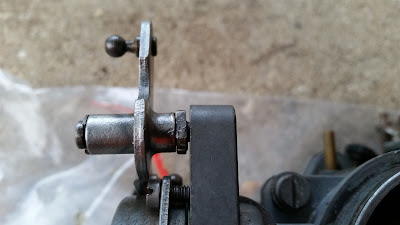 The more I looked, the more I noticed little things that needed adjustment or replacement on this left side carburetor (the one that didn't get rebuilt).

These carbs will be left to dry out for a few months before I send them out to be rebuilt.

The set of carburetors that were on Ferris's engine were boxed up and will go out tomorrow to be rebuilt.  That poor engine from Ferris - it's damn near stripped down to a long block at this point...I've got to stop doing that if I have any chance of getting it back together. 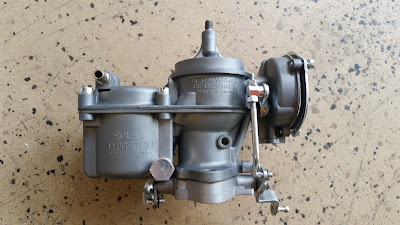 A better picture of one of the newly rebuilt carburetors that were installed but not run yet.

I'm headed out of town stupid early on Wednesday so this is probably on hiatus until then...not to mention that I've gotten slightly distracted and started back up on trying to figure out the turn signal arm cancellation situation.  While I've got the dash torn apart, I may wire up the gauge to show only the indicated turn direction vs. both lighting up at once.  It always struck me as weird that VW decided to cut corners on something so simple and inexpensive.
at July 11, 2016