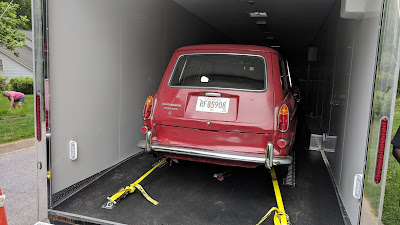 I received an email very early this morning about the possibility of having the car picked up today.  A few hours passed and I got a call from the driver.  Fortunately, I was ready to go so I agreed to transport today after making arrangements on the other side of the trip with Jim - a friend of mine who shares interest in these old cars. 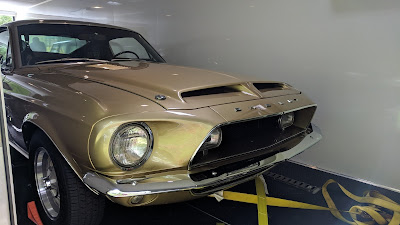 Sharing the trailer to Illinois is this stupid clean '68 Shelby Mustang.  It is VERY clean and absolutely amazing to see in person. 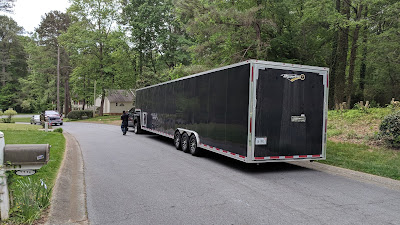 Getting the truck turned around on the skinny streets of this subdivision was a challenge that Mike (the driver) was well prepared for and he managed it with ease.  His equipment was all very new and in excellent condition. 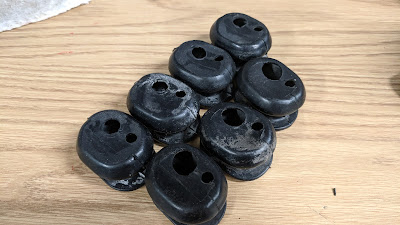 The second, and final, shipment of NOS pan boots arrived today.  They're in super nice condition.  I think that a leather punch will open up the early version's clutch bowden tube holes - the odds of finding an original small diameter bowden tube are slim to none at this point. 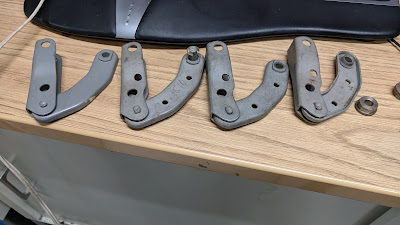 I got another NOS rear hatch hinge stay - and immediately noticed that it wasn't the same as the others...well, shit.  The others are obviously suited to later model cars (even though the part number didn't change).  I'm not 100% sure what the extra holes are for but non-matching is a deal breaker for me.  Looks like I'll have some more parts for sale soon. 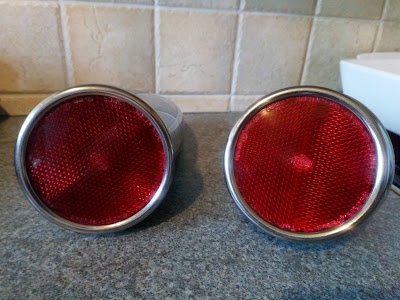 This is the set of the super nice Swedish reflectors I bought from a seller in the UK - they appear to be in very nice condition.  I just hope he sends the box on its way very soon so it gets here before we move! 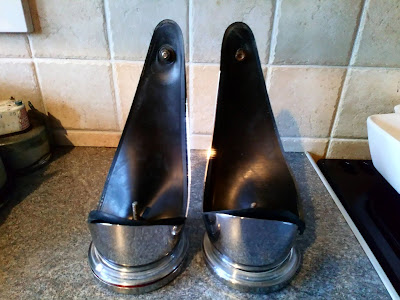 I'll some day find a nice set of French reflectors and put them all on display.  Seems like a weird thing to collect and display but I can be sure there aren't many others collecting the same thing.
at May 05, 2018