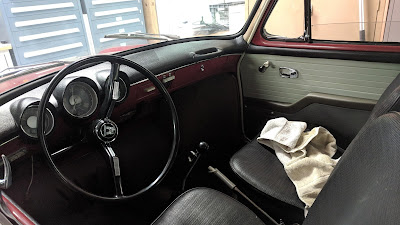 Yesterday was fairly productive.  I put the door panels back on the doors (windows are still semi-inoperable due to felt trim) and put the horn bar back on the steering wheel.  The horn does not work but that won't cause me any issues with it sitting in a trailer on the way to Illinois.  The interior almost looks correct again. 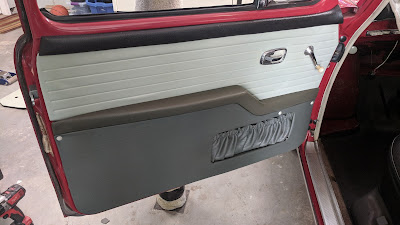 The hardest part of getting this door back together was the top plastic trim - I think I lost a handful of clips into the door because they kept popping off.  The clamping part of them is wearing out so the clips don't hold on like they should. 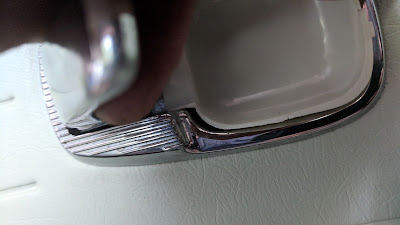 I attempted to install the ISP repops of the finger cups.  A second look at them will reveal that the mold used to make them is of questionable quality - the edges are not uniform - and to top it off - they don't fit.  The front tip is too wide to fit into the trim and the bottom is too thick to get under the trim as designed.

I tossed these back in the cabinet and re-used the broken originals. 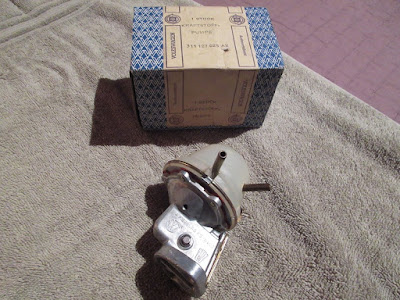 In 'parts' news - I've come across the fuel pump I've been looking for and, barring any odd circumstances, I should be able to buy it next week along with a few other parts.  Closing this chapter would be a nice win. 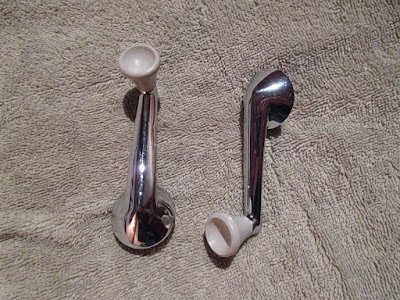 A NOS set of window cranks!  I have one that I bought a while back but to find a pair is pretty awesome.  This would allow me to sell a couple of pair of used sets that I've kept in the event I didn't find NOS parts.

There are also some wheel trim rings and a pair of NOS rear amber top light lenses.

I've also found a set of Swedish reflectors that I may buy simply for the 'cool/rare' factor.  They're not super common and would be a good display piece. 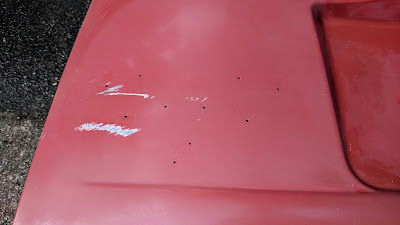 While the little dude was playing with the hose, I used some 2000 grit sandpaper and hit up the rear hatch from Icarus to see if I could get the paint to clean up a little.  There's not much left of the paint but it did clean up quite well.

After a bit of serious frustration, I feel like I've hit a nice stride in accomplishing some wins on the car.

I have decided to leave the current carb tune alone - the car starts and runs decently well - I can tweak it more once all of our stuff is in one place again.
at May 04, 2018