"Never confuse a single defeat with a final defeat." 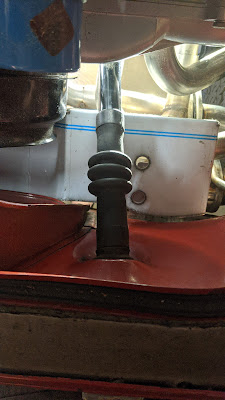 Three things were accomplished today with the car.

I've thought about this issue for far longer than it took to fix it. 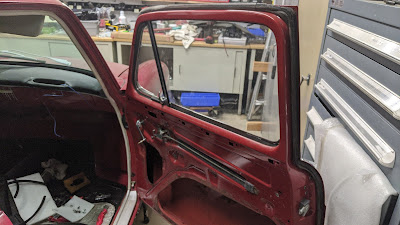 I took the passenger's side door apart and swapped out the felt between the glass and the wind wing.  I'd previously installed the commonly available felt with the red line in it and the window required far too much force to go up and down.  With this felt installed, rolling the window up/down requires a thumb and a finger - it's that easy.  One more thing to remove from the list of things to do. 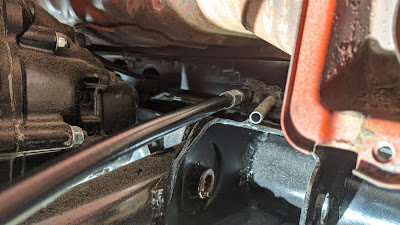 Along a similar vein as the oil fill tube, I used a screwdriver with a large shaft and put it in the parking brake tube.  I very gently bent it up until I could get the parking brake cable installed.  Once I checked it for fit - I moved to the other side and got this shit done.

Another thing I spent way too long thinking about when I should have just tried the simple solution.

If I can get a few things done on this car each week, the list should shrink faster than it grows.
at May 18, 2020