"People run from rain but sit in bathtubs full of water" 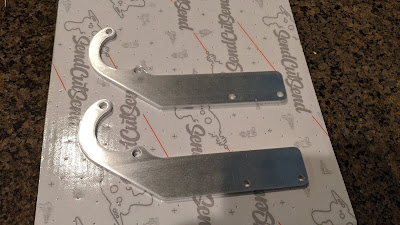 The brackets arrived today - after a brief tour of the US because FedEx decided an indirect route was better (Nevada > Oregon > Tennessee > Illinois).

First impression: Super nice packaging - both the outer box, the inner packaging and the information they send along with the parts.

Excited to open the brackets and test them out for fit! 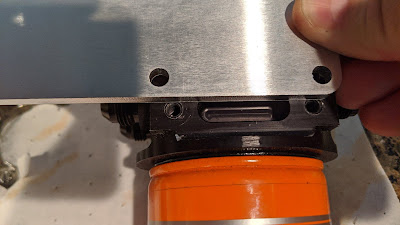 Ah, well...shit.  Something didn't translate and the holes don't line up.  Then I realize that I didn't check the dimensions of the brackets before I submitted the file to be cut.
That's 100% my fault.

I got super excited and shit the bed, basically.

I was so caught up in the idea of finally having a solution for mounting the thermostat/oil filter that I submitted the file without checking it first.  Rookie mistake from 'not a rookie'.  Some adjustments will be made and a second set will be made - hopefully that set is the 'winner'.  Try, try, try until it's right...it's only 'time', right? 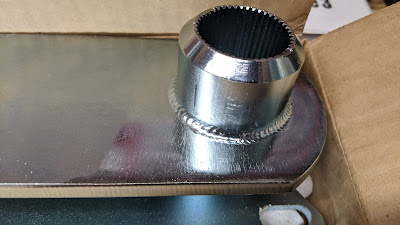 In other news - I went ahead and ordered a new set of spring plates from Sway A Way and they arrived today.  The welds on this set are  significantly better than the first set that I bought years ago.  I won't have to grind anything down on the welds but the top edge is going to need some clearance work. 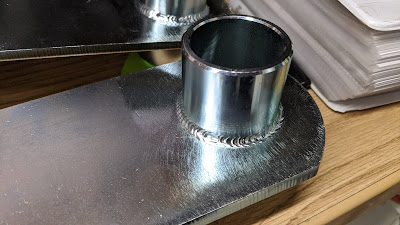 The clearance work isn't that big of a deal because the plating job on these spring plates is just as inconsistent as it was on the set I bought a while back with the shitty welds.  See that shiny part and the duller part next to it? That's not a photographic/lighting issue - that's a mediocre plating process.

I'll grind down the one part that's too 'square' and figure out if they're getting painted or replated.  Either way, they won't be ready for use for a while.  Fixing what should be a 'ready to use' product is super fucking annoying but it's what I've come to expect from everyone making aftermarket parts.  Yeah, my silence and accepting their shitty quality makes it 'okay' in the manufacturer's eyes but I can't keep eating return shipping fees just to make a point when I can use that money to move forward.  I've got to figure out how to pivot and persevere a lot better than I have in the past.  This car has to get put back together.  I'm tired of looking at it on jack stands in the garage.

And now that I know I won't be able to use my free week of time to work on the car like I wanted - I'll probably send the calipers and master cylinder out to be reconditioned if the price and turn around are interesting.  I can work on my oil cooler mount while I'm waiting for this other stuff to get done.  I've got three weeks to make some significant progress on this car - then I start a new job and between that, finishing up the bathroom remodel from hell and getting back to 'normal', I won't have a whole lot of free time for a while.  I'm going to try to find small things to accomplish while I'm waiting on the bigger things to be resolved.
at May 28, 2020