"I see the world keep moving as I stumble" 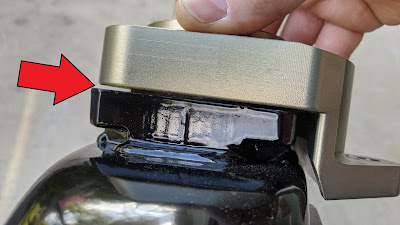 While test fitting parts for the IRS rear end - I noticed that the fit of the CSP rear disc brake caliper mount isn't quite the same as it was when used on the swing axle rear end (it was flush).

There's a gap of about a half a millimetre between the two pieces.  The gap indicates that there's a problem to solve before I move forward. 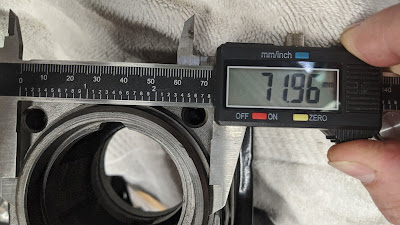 First thing, I checked the trailing arms to make sure they're round and not oval. 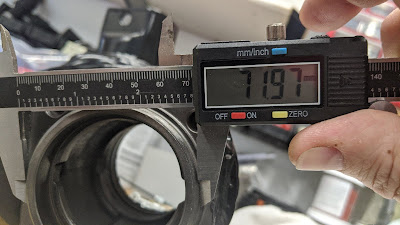 Not a big difference and can be considered round for the purpose of this exercise. 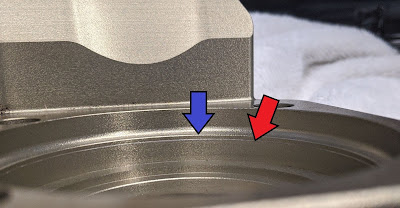 The two arrows show the 'step' that's inside of the brake caliper bracket.  I don't know why it's there but it is the singular reason I can't move forward. 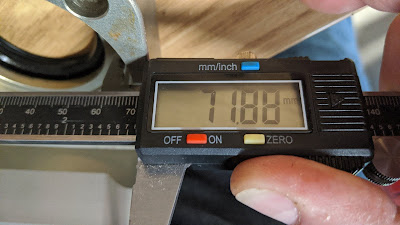 This is the ID of the area where the red arrow above is pointing. 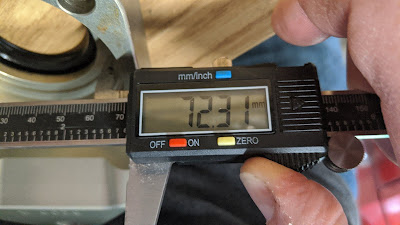 This is the ID of the area where the blue arrow is pointing.

A little simple math shows that if this weird step didn't exist, I wouldn't be posting this - I'd be posting about how I'd finished installing both stub axles and the bearings.

The difference is about half a millimetre - enough that I probably shouldn't try to bash the aluminum caliper bracket onto the steel trailing arm.  I've reached out to a local machine shop to figure out the cost of removing the step inside the housing.

I ordered the Setrab oil cooler mounts that I was avoiding - I thought I could get it mounted without them but what appears to be the right place for this oil cooler required them so I didn't have much of a choice.  Once the oil cooler and filter mounts are sorted, I'll be circling back to the pan hole misalignment, seat belt mounts and a few pan specific issues - once those are done, I should be in a much better place to have the car back on four tires and driving.  I just need to get past one milestone before I get too excited about the next one.

This all assumes that the house doesn't require more attention and money - most of my time/energy/money has gone into the house and it'd be great if that stopped real soon.