It's about fucking time... 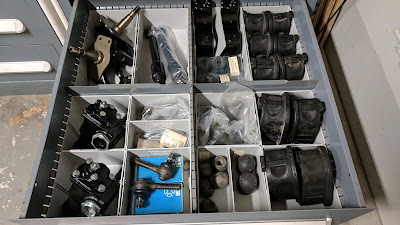 As frequently happens, I discovered that I had a lot of parts I didn't need and also had parts in multiple places due to when/where they were purchased...which led to more parts being purchased than really necessary.  I've already started the process of either selling or giving away parts I don't need.  It's been rather productive overall. 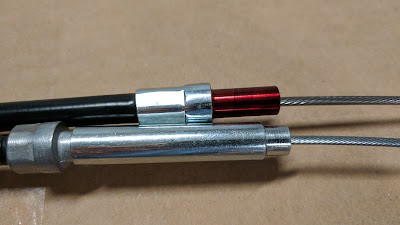 After about a month of 'back and forth', I received the custom fabricated parking brake cable today.  The goal was to eliminate the adapters and replace them with something more robust.

This picture shows the custom cable on the top and the stock cable with the adapter from CSP.  The nice thing about the custom cable is that the male part is longer - more of it fits into the tube on the pan.  In addition, it's closer to the ID of the pan piece so it fits more snugly and doesn't wobble around. 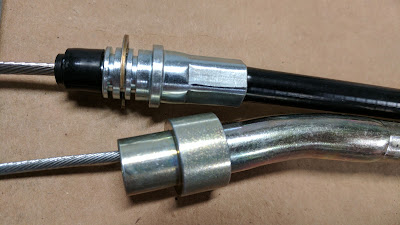 This picture shows, again, the custom cable on the top and the stock cable with the adapter on the bottom.

I thought this one would be trickier to replace but, it turns out, I don't know much about fabricating cables.  Not only is it possible to replace this end and get a good fit on the caliper but the rubber accordion piece was replaced by something more elegant.  I suspect that I can install this in such a way that it'll be more securely held to the caliper with another e-clip and slightly different adjustment.  The angled bit on the stock cable was a slight help in directing the cable under the rear axle - not sure if that is possible with the replacement (if another one is fabbed up) 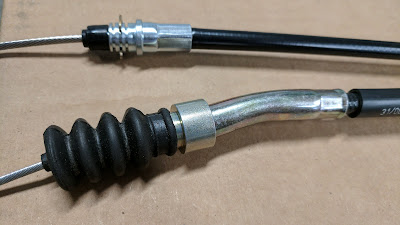 Here's another look at the stock cable with the adapter and the rubber accordion bit attached. 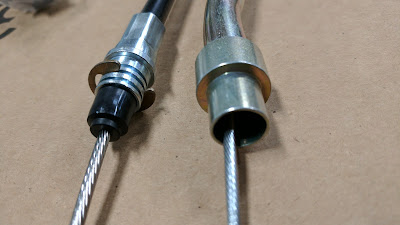 An end view of the two cables - custom on the left, adapted stock cable on the right. 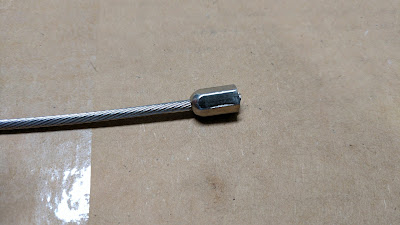 Swaged end piece that fits the caliper without wondering if the set screws (from the kit) will hold long-term. 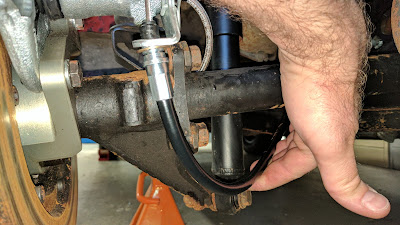 I took this picture before I'd adjusted the cable - so I'm holding the cable in place to get an idea of how it'll fit once adjusted - which is what happened next... 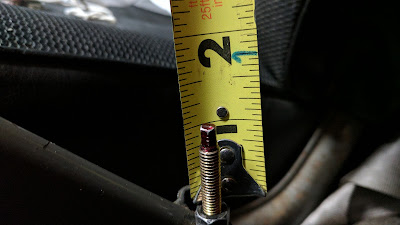 ...but it's about an inch too long.  This is the cable installed, snugged and ready for use.  It works but it's got little to no adjustment left.  I'm going to call the company tomorrow - I think the swaged end at the caliper can be cut, the cable length reduced and then swage a new end.

I've got a nice stash of parts coming from Germany in the next month or two but I'll save the pictures for their arrival...
at May 11, 2017