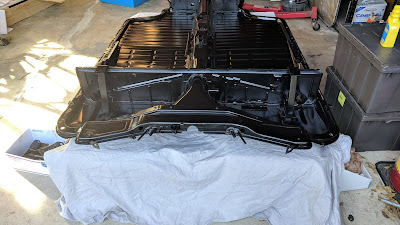 The pan and subframe arrived last night.  I looked it over quickly - wrote the check and closed the garage door.  This morning, I opened the garage and took a longer look at it.

First thing I noticed is that the paint is very inconsistently applied.  There was some discussion over the last week or so about how the paint was hard to work with and the results weren't perfect.  I didn't anticipate just how 'not perfect' it would be.  Some areas are smooth and have a slight shine while others are rough and have a flat appearance.

It's far from perfect - I know that KBS lays down well because it's been used on prior projects.  I don't have another $700 to spend to sandblast it and repaint it so I'm just going to leave it alone and move forward.  Disappointing. 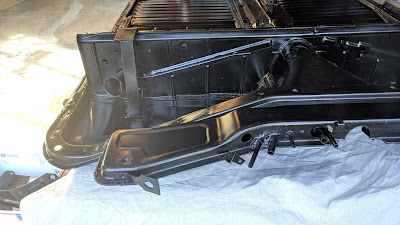 The left side of the kick panel retained the proper early pressing with metal tube.  They were able to clean up and retain the original bracket - although it's not welded to the floor quite as well as I expected - it's not going anywhere. 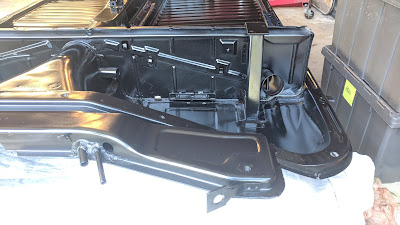 The right side of the kick panel was completely replaced by a later version - made obvious by the lack of the metal tube to guide the wire for the flap (they use a plastic tube that fits into the clips) and the capture nut for the relay at the top near the top of the bracket (which was also retained).

I have yet to test fit the back seat bottom to the two brackets - that'll get done tomorrow. 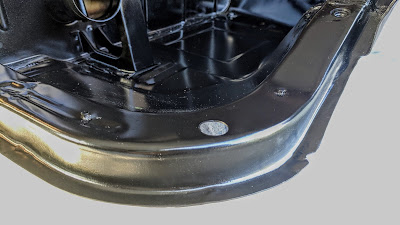 We discussed removing the nails from the original seal - none of which were removed. 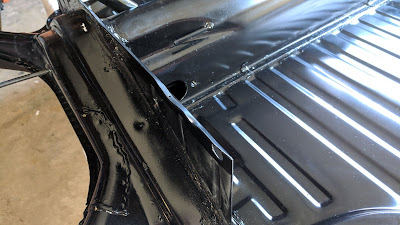 Removing the dents in the front panel was also discussed - but it was not done.  In fact, I think a dent was added to this part.  I will have to bend it back into place so that I can mount the front panel over the pedal assembly. 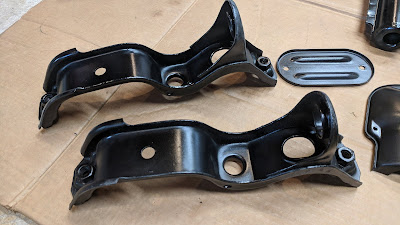 The small parts are very inconsistently painted - They were sandblasted and should have been easy to clean and paint but the result is poor at best.  Rough to the touch, not smooth, and there are (somehow) paint runs in a few places. 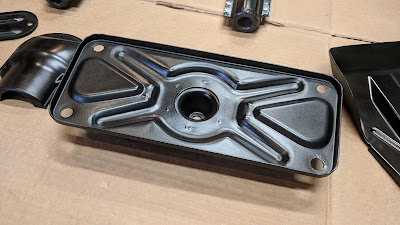 The reinforcement piece is NOS and the finish isn't great.  It's on the bottom of the car and won't be seen - so I'm just going to move forward.  If I weren't already horribly disappointed with this car and the hobby - I'd fix it.  But I simply want to put the car back together because I'm tired of looking at the pieces strewn about the garage. 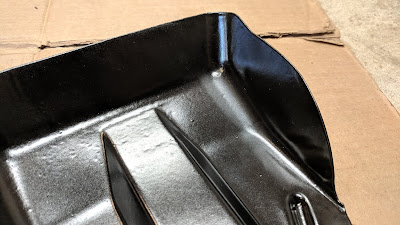 The master cylinder skid plate feels like leather - not sure how that was accomplished but here it is.

The subframe looks okay - but the kafer brace bars are missing.  I know we talked about it and photos of what I wanted were sent but it didn't happen. 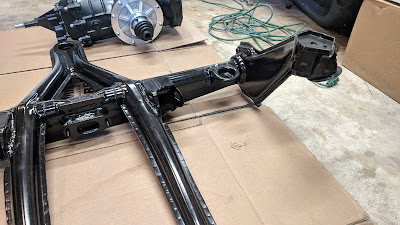 It's doubtful that I'll need to install those additional bracing pieces but I guess I'll know after a couple of drives once it's all back together. 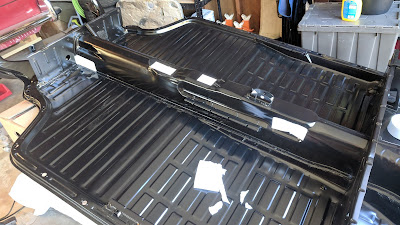 I spent 45 minutes cleaning out the tunnel - masked it and used a cavity coater inside. 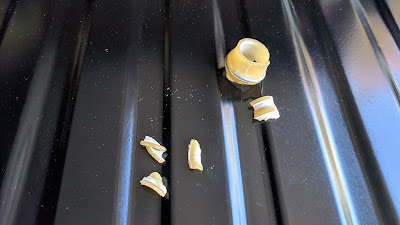 The plan for today was to get the cavity coater in the tunnel and replace the shift rod and bushing - but this new bushing that broke before being installed delayed the shift rod installation until at least tomorrow.

A local parts store is going to have one tomorrow so I'll try to get it done once I pick it up. 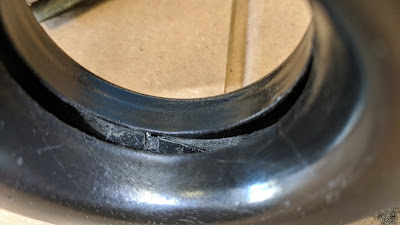 I moved the subframe around a little and heard some rattling inside.  I quickly realized that some of the pieces that were cut off of the subframe wound up inside the subframe.  There's one piece that won't come out - I may epoxy it into place so it doesn't rattle around because I cannot get it out. 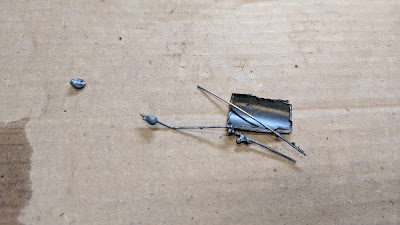 This is the pile of stuff that I was able to fish out of the subframe.  Seems like a rather simple thing that should have been checked before being closed up - but maybe I'm expecting too much.

The job seems to have been rushed - which is kind of hard to believe given that it's over 6 weeks late and half of the work requested on the subframe wasn't done.

I could have rejected the work when I realized that it wasn't right - but my desire for perfect is overridden by my desire to just get this car back together.  The whole thing has been an exercise in masochism that - quite honestly - I should have avoided altogether.  I'm over the whole experience - not just because I accepted work that should have been rejected but because it's the level of work that's consistently delivered and I'd simply be rejecting 90% of the work that's been farmed out.

Tomorrow - I'm heading back out to the sandblasting shop to see what the IRS trailing arms look like and decide what to do with the pieces so that I can continue moving forward.  Once they're done - I will only be waiting on the spring plates.
at September 27, 2018