Super productive day off pays off 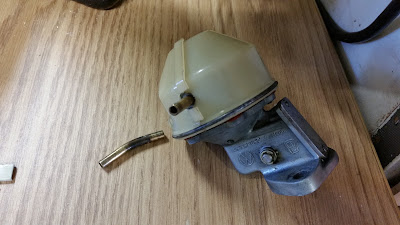 A wonderfully productive day off of work today!  The weather was super nice at about 75°F and sunny.  The beginning of the day is detailed on Ferris's blog since that's where most of the action took place.

Once we finished with Ferris, Craig and I spent some time working to bleed the brakes on Nigel, who has been sitting in the garage for the better part of a year, waiting for his turn at life.  The brakes were bled well enough to stop the car, we did a once over on the front suspension, making sure bolts were tight.  Wound up pulling the third fuel pump out of the car today while attempting to start it for the first time this year.  It's the second one to pull the fuel inlet tube.  I also got to taste Summer blend 87 octane fuel.  Twice.  Listerine didn't help, Gatorade didn't help.  Sour Patch Kids helped a lot, oddly enough.

The fuel pump in the car now is a NOS Pierburg.  Once the fuel made it to the carb bowls, the car fired right up. 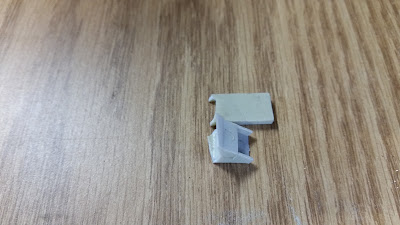 I put the choke wire connector covers on today - turns out that 40 year old plastic isn't terribly flexible - this one broke with little effort on my part.  Fortunately, I've got tons of random spares.

Since we were making good progress, we continued.  Hooked up the clutch cable, accelerator cable, fixed a couple of odd wires, repaired the speedometer cable grommet, replaced a bad relay, checked the lights, corrected the steering wheel gap, checked interior lights and after firing the car up and tinkering a bit, we drove the car around the neighborhood for ten or fifteen minutes.

When we got back, I swapped the stock shifter for the Hurst that's been in the garage for three years - I prefer the more precise shifting of the Hurst.

A local VW carb whisperer is coming by on Monday after work to tweak the carbs slightly - the car runs but it's not quite right.

Once that's done, I'll set up an appointment and get the alignment done and have the brakes checked by someone more skilled.  A few cosmetic tweaks and a couple of new seals and Nigel should be good for a while.  It'll be nice to drive the car around this Summer - I just have to figure out how to get my son's car seat into the back because he's already asking if he can 'come too'.
at April 15, 2016