It's the little things 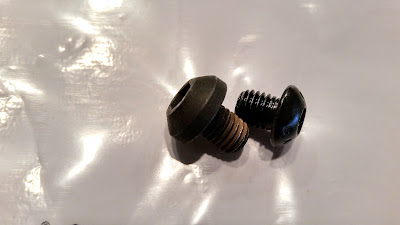 The bolts I found to potentially replace the OE door bolts wound up being too small.  Everything is good except the head size.  I may swap over to a flanged bolt if I can't find proper button head bolts - the hex head would be easier to remove and they're hidden by caps anyway. 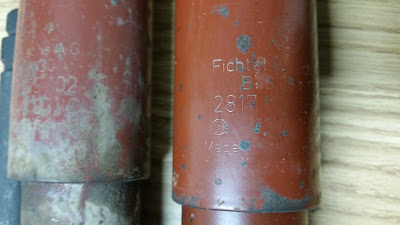 I replaced the original shocks on the rear today - these things were shot.  No resistance at all.  I checked the fronts and found that they're in decent shape still - meaning that they've been replaced at some point.  I'm guessing they've got maybe a few years left before they need to be replaced.  Let's hope they last until the restoration.

I completed the assembly of the rear right side brake and replaced the drum.  I haven't dropped the car on the ground just yet.

In addition to this - I swapped the electronic flasher unit back into the car in anticipation of LED front turn lamps that I received on Thursday.  Those turned out to be rather disappointing - not very bright at all.  I ordered  a set from AliExpress - I've been rather satisfied with my purchases so far - so let's hope that continues. 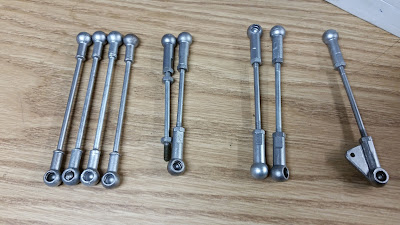 I pulled out some of the carburetor linkage that went to RediStrip - just to see what I've got and what can be used. 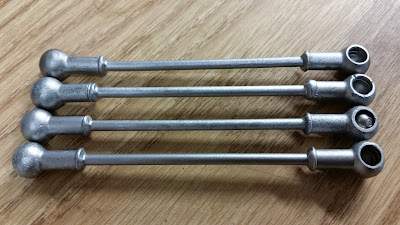 I discovered that I have two sets of early non adjustable linkage.  I checked them and, with the exception of one that's slightly bent, they're all within spec.

Getting the broken ball out should be fun someday. 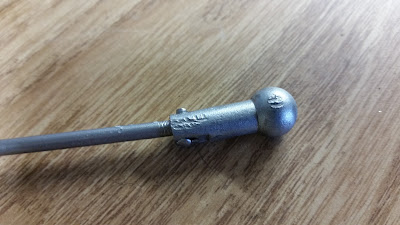 This piece has an ingenious 'fix' that had to take a steady hand and a nutty amount of time.  This looks like a 'I'm stuck on the side of the road and need a fast fix' kind of thing. 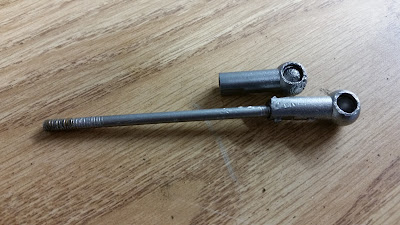 These parts wound up in the scrap bin - corroded, bent and cannot be fixed. 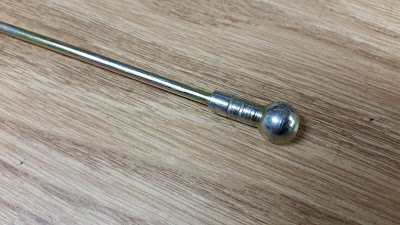 I'm a rather vocal critic of ISP West - given that they're supposed to be focused on Type 3 restorations/parts and I've largely been let down by what they offer and/or what I've received vs. what I expected to receive.

Yesterday, their repop carb linkage showed up and I have to say: I'm pleasantly surprised to find that the left side linkage piece is preset to the factory spec length!  Should make tuning the carburetors a little easier.
at April 30, 2016