The saga of the right rear wheel 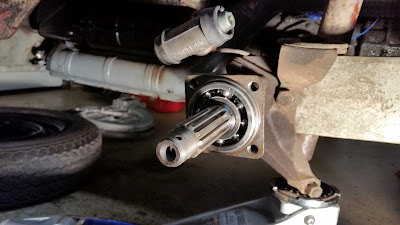 A small miracle lead up to this point...I hope that miracle carried over to the brakes - since I had to disconnect the wheel cylinder.  I'll crack the bleeder once it's all back together again.

The large o-ring that's supposed to be between the bearing and the backing plate was missing and the smaller o-ring was flat - two very likely reasons I had a leak on this side. 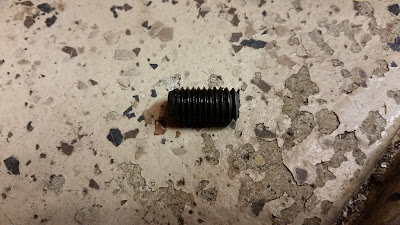 Getting this thing out wound up being a lot easier than I expected.  I went into this task expecting it to be a giant pain in the ass.

I took a Dremel and flattened the area where it broke off - I was thinking that I'd have to go the typical route of drilling into the broken bolt and using a left handed drill bit or removal tool.

I used the Dremel to make a cross on the surface to center the drill bit and as I started drilling, the piece started to rotate...so I got a slotted screwdriver and, basically, unscrewed it from the hole - slowly and carefully. 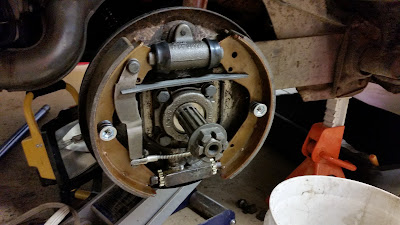 This is where things ended for the night - not yet done but pretty darn close.

I received another set of spreader bars but I think they're too long because, once again, I can't get the drum back on until I put the old ones back on.  New parts aren't the same unfortunately.
at April 28, 2016