The experience of old age strikes back

I started the morning out by checking on that noise in the right rear wheel - I suspected that the parking brake cable had snapped and the end was floating around in the drum - tearing shit up. 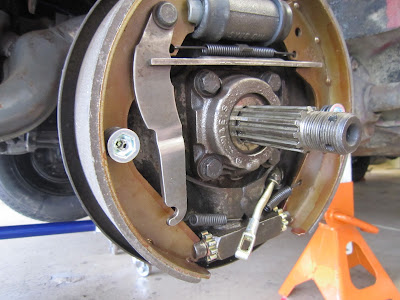 I was pleasantly surprised when I removed the drum and found that the cable end had simply come off of the hook.  I'm suspecting that the shop did some adjustment to the parking brake and it got too loose, allowing the end to slip off. 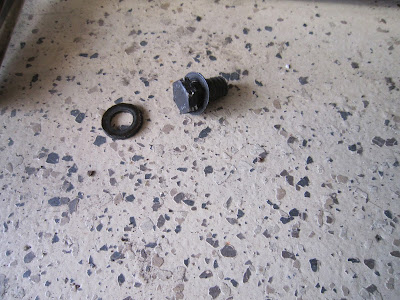 And just when I was mentally ready to move on to the next thing on the list, the top right bolt snapped. 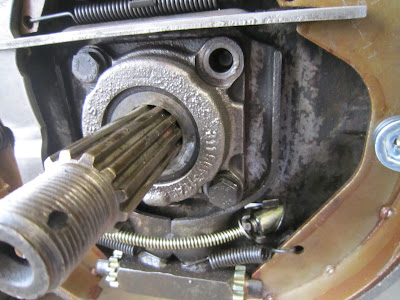 Now, I'm off to get a drill bit so that I can, hopefully, drill this out and clean it up.

I'm also pretty sure I don't have another bolt - so the car will wind up sitting until it arrives.  That sucks because the weather is supposed to be super nice for a drive. 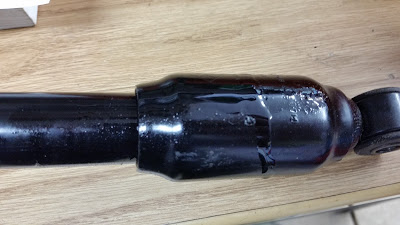 It's been replaced, temporarily, by a Chinese manufactured unit.  I know where to find German units, so it looks like they're going into a shopping basket.  I don't expect much more out of the Chinese one, to be honest. 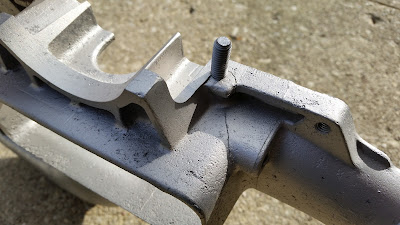 I took another look at the fan shrouds that came back from RediStrip and found that two of the three rear halves are cracked all the way through.

This one is for a 6 volt generator and it's cracked all the way around.  The stud is bent and stripped.

It's headed for recycling.  I'm not going to fix this one. 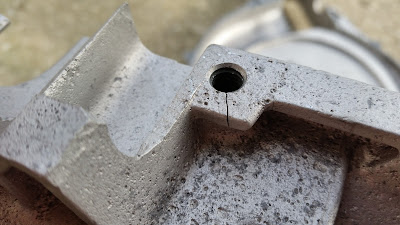 This is a 12 volt version - it is cracked in the same place.  The stud was good so I removed it along with the brass bushings for the thermostat flap rod.