October is a good month to visit the dark side... 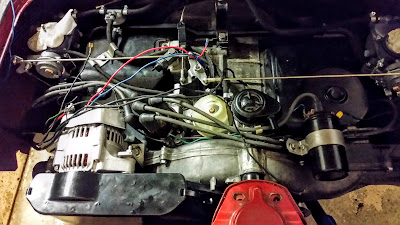 Some progress to report...the 1500S engine was tuned and sorted.  The fun task of installing the engine is nearly complete...with the exception of hooking up the alternator.  A definitely non stock alteration that's sure to improve reliability.  This is a 'smallternator' from Anibal Chico in California.

In the spirit of making changes that are reversible, I had a few challenges ahead of me.  Namely, the large connectors that connect to the voltage regulator.  I had a rough idea of what I wanted to accomplish so I found a tin coated copper bus bar on Amazon.com.  I thought I could buy myself some time but it showed up two days later and I still didn't have a clue about how to solve my problem.  I did, however, have part of the solution. 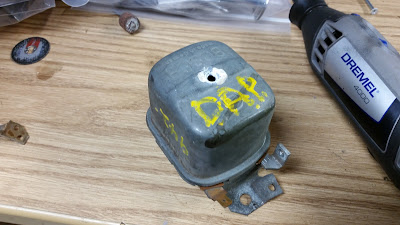 I was looking at the newer Mexican made regulator I pulled out of the car and realized that the tabs were perfect for the bus bar so I messaged a local VW guy to see if he had any spares laying around.  I got lucky. 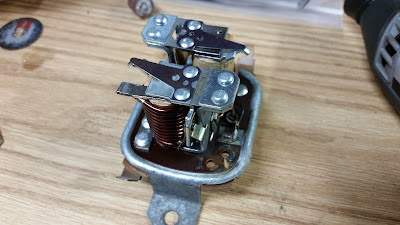 Popped off the German top as carefully as possible.  Ground off the two little tabs to release the two large connectors that I wanted for my 'hack'. 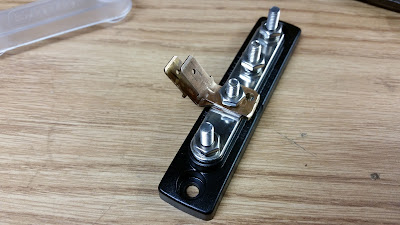 I clamped the two pieces together in the vice, drilled a larger hole in the two copper plates, trimmed off the back end so it would fit and mounted it to the bus bar. 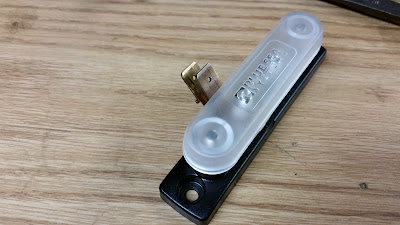 Finished with the 'cover' on. 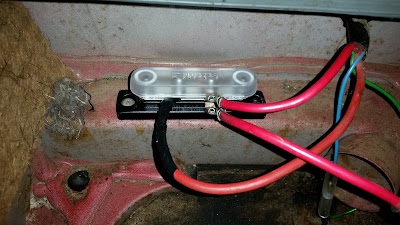 Installed in the car in place of the voltage regulator.  I've got to drill one hole for the mounting screw and slightly tweak the tabs to get the connections to fit a little better.

Overall, I think it turned out pretty nicely.

I've got a muffler/heat exchanger decision to make before the car is fired up again but that seems minor.

I did, however, notice that the left rear wheel bearing is leaking gear oil so I might have to take it apart and fix whatever is leaking before driving too far.  I'll have to at least check the brake shoes for gear oil.  I'm very tempted to swap to rear disc brakes to avoid this shit again...4 wheel disc brakes on this car is definitely overkill but I'm growing tired of fighting 50 year old technology for the sake of keeping it 'original' especially when there's little benefit.
at October 02, 2016