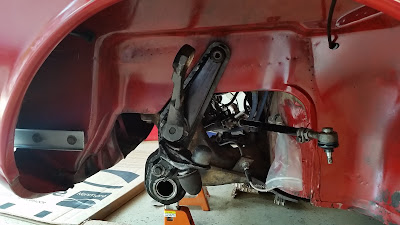 Took everything apart again.  I decided to drop the front end while I was at a point where things were not finished.  I got 1/2 of it done late last night but had to stop.  The driver's side 'catch' on the lower control arm had to be smacked a few times to get it out of the way.

In my excitement to get things going, I managed to smash the threads on my right outer tie rod end so I ordered a new one last night. 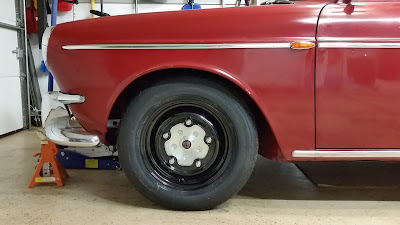 The end result is a front end that's 1.5" lower than before.  The ride height is good now...more closely matching the rear and eliminated the 'boat in water' effect.  The spare tire is in the trunk and the fuel tank is 1/2 full.  It'll drop a little more withan a driver and more fuel.

Next up is new brake hoses, bleeding the brakes and adjusting everything with a short road test once the replacement tie rod end appears later in the week. 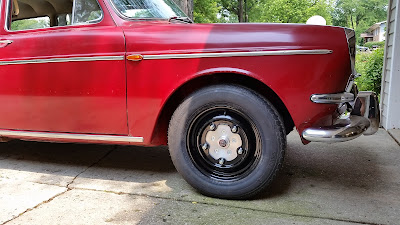 Just for recollection purposes, this is the 'before' picture.  Same fuel level with the spare tire in front.