Last Friday, I removed the caliper from the car and put it in the vise.  After digging around on the 'net trying to find a way to remove it without using a drill, which would have caused chips that would need to be extracted from inside of the fluid passage, I came across a guy who sacrificed a hex wrench and turned it out - using the wrench.  I tried that and, with quite a bit of bashing on the hex wrench, I was able to get it out with vise grips.  It turns out that the bolt was too long and bottomed on the inside of the caliper well before it was snug on the washers.  The replacement bolts are also too long.  I found another set of shorter bolts and they'll show up mid-week.  I'm $50 into banjo bolts so far and have nothing to show for it but a little bit of experience.  I just hope that the bolts that show up this week will work.  This brake job is taking forfuckingever and I'm losing patience.  I don't expect that the correct banjo bolts will be the end of this brake job because I fully expect something else to go wrong right after I fix this current issue.

The pedal assembly is finished and will be headed back this way - probably arriving at the end of the week.  Maybe I can dig in and get some garage time during the day and get some of this put back together.  I'm missing the feed line (I'll be searching for that once this post is complete) but I think I can find something in a short amount of time since there's nothing special about it.

Saturday, the whole family drove up to Camp Jordan, Tennessee to check out BugaPaluza.  Weather was super nice and the gathering was pretty nice.  There were only a handful of Type 3's but for a local show, there was a lot of people in the swap spaces.  I saw a few things that I could have bought but they weren't things I needed so I left them there.  Below are pictures of the cars that got my attention while I walked through.  There were close to 100 cars on display. 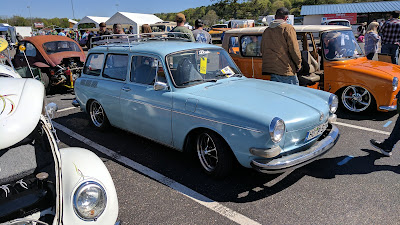 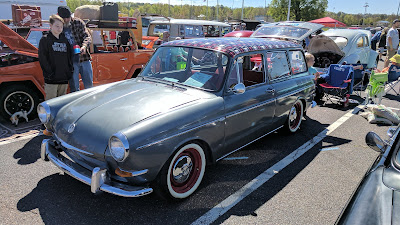 A 65 Variant S on what appears to be Beetle wheels 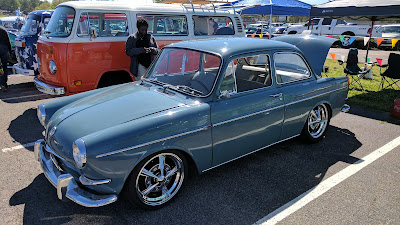 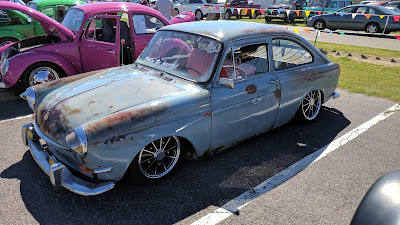 A super rusty 66 or 67 Fastback on BRMs (the other trendy wheel for the year). 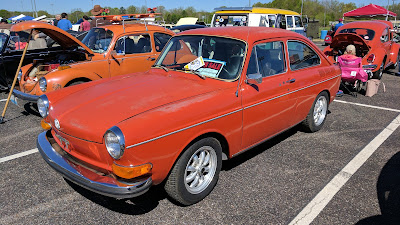 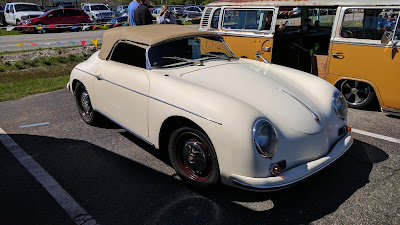 58 or 59 Speedster - no clue if it's a kit car, I didn't really check it out that closely.  The top didn't look to fit quite right so either it was a reproduction or the whole car was a kit car.  I'd be talking out of my ass if I pretended to know how to tell without taking it apart first. 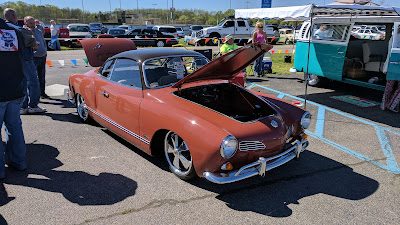 Ghia on Fuchs - this year's uber trendy wheel to have on a VW.  Easily 70% of the non-stock cars were sitting on similar wheels.  I think I missed a great photo op. 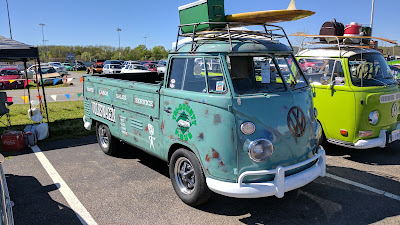 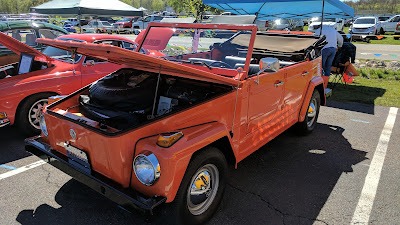 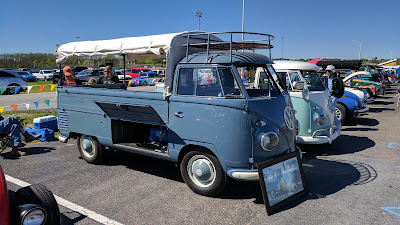 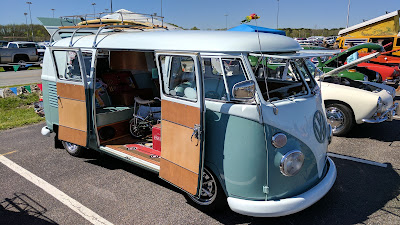 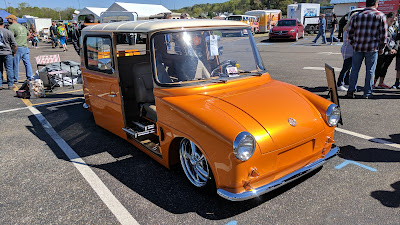 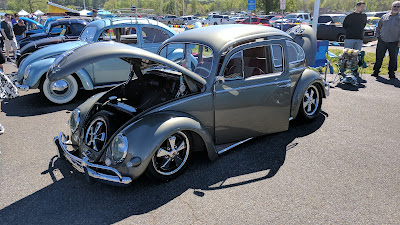