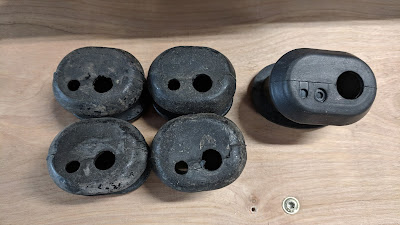 The first wave of NOS early pan boots arrived today.  Three of the four are real nice - the fourth is cracking between the two holes.

On the right is the pan boot that's typically sold 'to fit a Type 3'.  It doesn't fit the early car without severe modification. 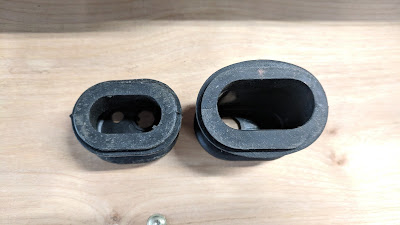 A side by side shot of the two boots together - the repop boot is considerably larger in size.

When I get in to reindex the rear torsions, I'm going to swap out the hacked up Type 1 pan boot with the NOS piece with cracking - just to see how it fits. 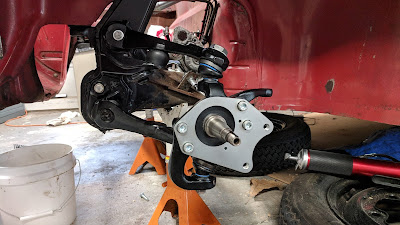 I had about three hours to work on the car today - this is about all I got accomplished.  I tried a few new methods to getting the steering damper bushing installed and they all failed - one of the three bushings that I have went into the trash after several installation attempts. That failure didn't set the right tone for the rest of the time I had to work on the car.

Admittedly, the progress is not impressive...but I'm finding that my desire to work on the car is at what I'd describe as an 'all time low'.  I'm on 'auto pilot' right now because the car has to be running/driving by the time we move back to Illinois.  If that deadline wasn't looming out there - I would just let the car sit because I have very little interest in it right now.
at April 09, 2018