“You don't have to stay anywhere forever.” 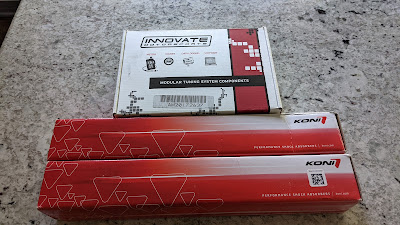 A few things arrived today - shocks and the LM-2.  Upon opening the wideband - I realized that I'd need a longer cable and a stainless bung for the exhaust.  I ordered both on Amazon and they'll show up on Saturday.  Not that I'll be ready to fire up the wideband over the weekend but having the supplies on hand is a step in the right direction.
The wideband is going to be quite the rabbit hole... 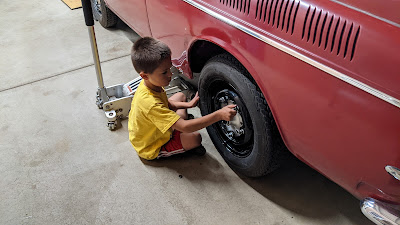 Got the kid involved in the process of installing the shocks.  I wound up having to modify the bushings on the shocks to get them installed but they're now on the car.  I will probably pull them off the car to stiffen them up - but for now, they're on the car. 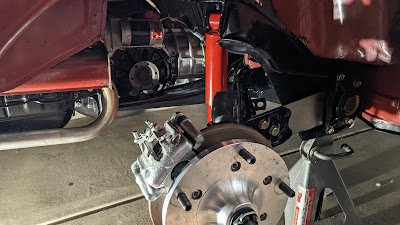 Both calipers and parking brake cables are installed and I should be able to get them adjusted/functional tomorrow.
I called the hose shop - I talked to two people and they had no clue when the brake hoses would be complete or where my order was in their system, so I'll probably have to drive over there Saturday morning to figure out what the fuck is going on.  And then take my shit to another shop to get them made.
Nearly a week after I ordered them - the axles are showing up as 'in transit' - which means they'll probably show up mid-late next week.  Everything adds a week...I've still got some interior bits to install so I can fill up my 'spare' time doing that while I wait for the cable for the wideband and the brake hoses.
at September 09, 2021