“If a victory is told in detail, one can no longer distinguish it from a defeat.” 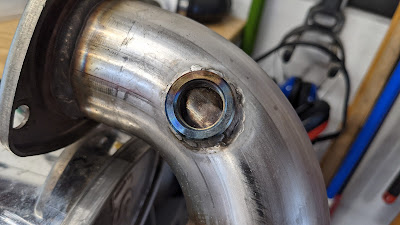 I dropped the two pieces off at the welder this morning before work.  We had a brief chat about what needed to be done and I told him that it was for a wideband bung and he seemed to get it.  For the record, I did not specifically call out that I wanted him to drill the hole in the elbow and weld on the bung.  And, being the literal guy he is, no hole was drilled and the bung was welded on.  I picked it up after work from his house via his wife.  I laughed when I noticed it. 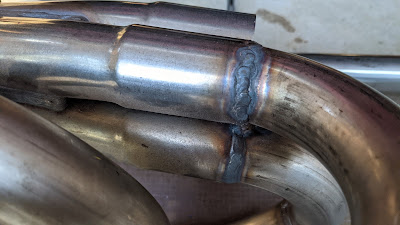 The tack welds on the two pipes at the collector were welded all the way around and eliminate two exhaust leaks. 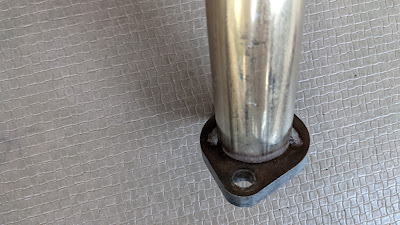 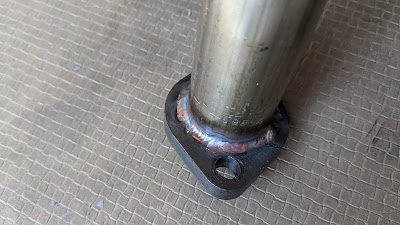 Welder closed it up all the way around - had I known this - I would have dropped off the other three pieces off as well. 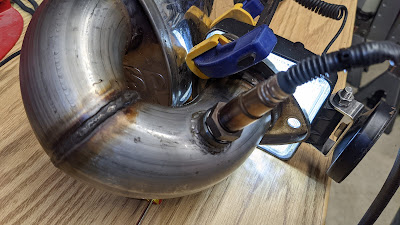 I looked it over - and just decided to dive in and go for it.  I held the muffler in place with my body and ran a 1/2" drill bit in my tiny Amazon purchased drill press until it stopped.  Then I opened up the little box of random bits with the Dremel and ran several until I figured out what worked.  And then I did that for 20 minutes and I was able to get the sensor threaded into the hole.  End of story.
That was it for today.  Tomorrow is another day!
at September 28, 2021