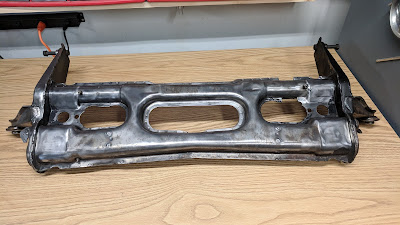 After a little running around this morning, I scored the POR 15 paint, put the torsion arms and the front beam brackets in a degreaser for a good long soaking.  I do want to check the torsion arms for straightness against my NOS torsion arms before I paint them - just so I don't waste the time/money on something that's not going to be put into service.

I got a pretty good start on the paint removal process - the wire wheel gave up the ghost and I didn't have a replacement.  I'll have to pick one up either tonight or tomorrow to do the bulk of what's left before I move on to other means of paint removal.  I will prep and then, hopefully, on Thursday, paint the parts with the POR 15. 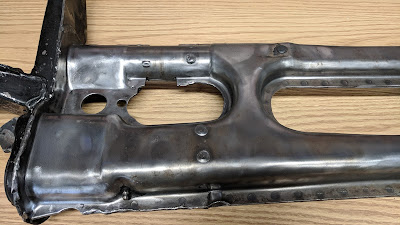 It's getting there - not quite clean enough to paint but progress is headed in the right direction. 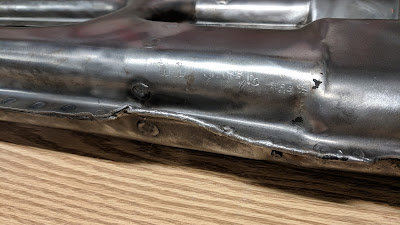 Now that it's cleaned up - the scrapes on the back side of the bottom show some additional scrapes.  Seems pretty fair to say that this car hit something quite hard. 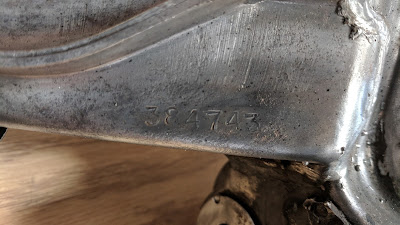 I uncovered the beam number - 384743 - behind rust and paint.  I'm hoping that I can paint the beam in a way that'll keep this stamping visible.

Once I can determine that the beam is good to go, I'll clean off some of the welding splatter and then paint it. 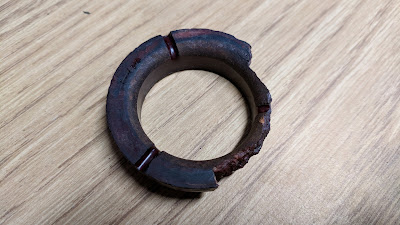 I forget which side this came from but it crumbled very easily.  50 years of service is a long time for a bakelite part - even if most of that time was spent in a garage.  This little car went fishing - a lot - and in some places it shows.

I reached out to Mario at T3HQ and he was able to find the right size in his stock and get them to DHL so that they'll arrive before I need them. 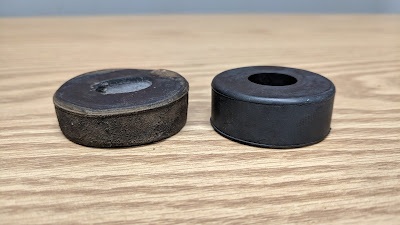 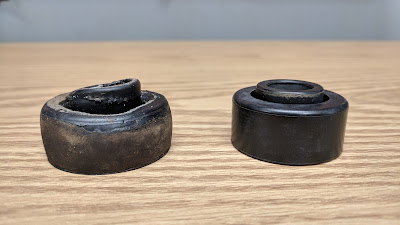 The lower bushing between the beam bracket and the body under the fuel tank. 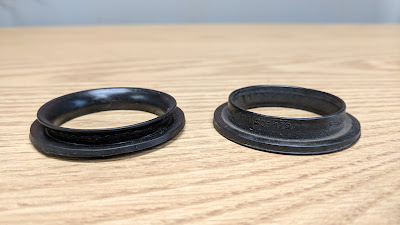 The upper grease seals for the beam were in surprisingly nice condition for their age - they'll be replaced with NOS parts as I have spares.  I want to make sure that I get the front end rebuilt to as close to 'great' as I can. 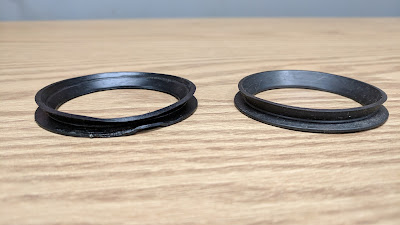 The lower seals are also in great shape - although they were a bit stretched out and a bit rubbery.

Again, replacing them with NOS parts to make sure everything is snug and as nice as I can make it.

The steering box went back to Tim for evaluation.  It had about 100 miles on it and it was one of his first rebuilds - he's going to check it over and let me know what is going on/gone wrong.  I'll decide what to do with it once he's finished his evaluation.
at February 13, 2018