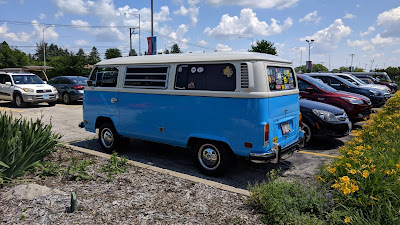 The local show was pretty good - met up with some old friends and made a few new friends as well.  I sat with Lou in his swap space for a couple of hours and made just enough money to buy myself some lunch later in the day.

Nice bus in the parking lot. 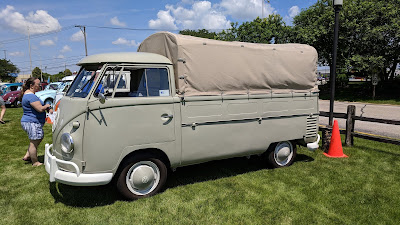 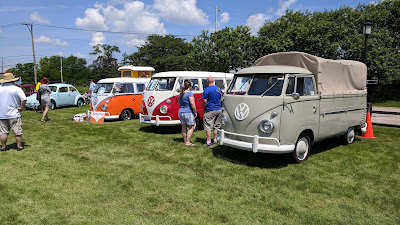 Another view of a few nice splittys 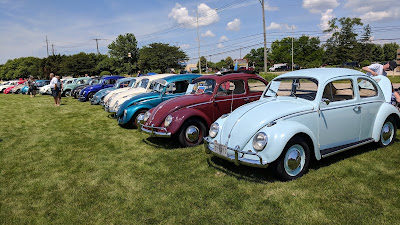 The beginning of the row of bugs - it was a long line and double deep. 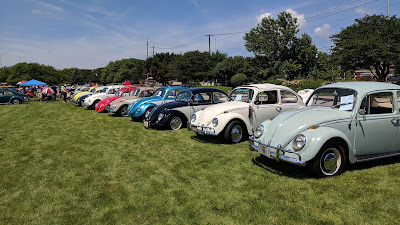 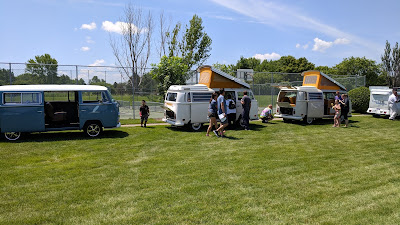 A couple of the nicest Westies - there were a few more that I didn't get pictures of due to people. 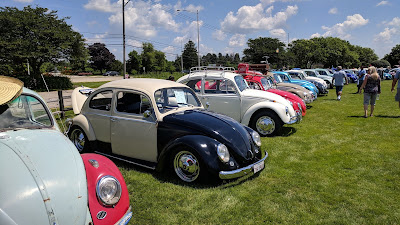 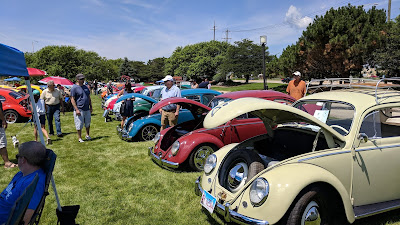 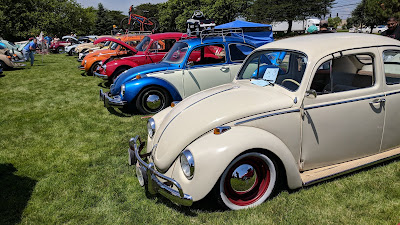 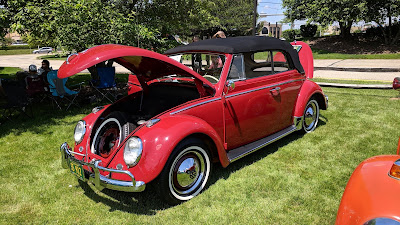 One of a few nice early 'vert beetles 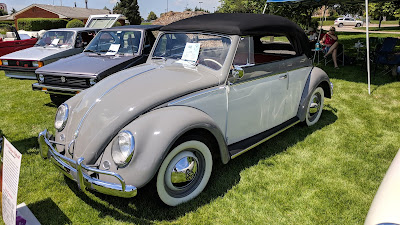 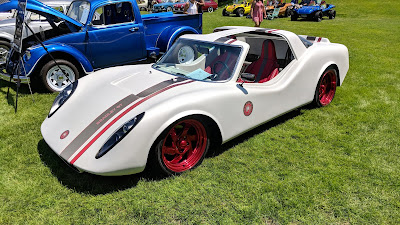 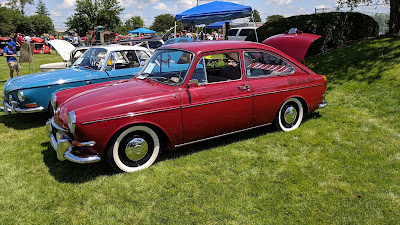 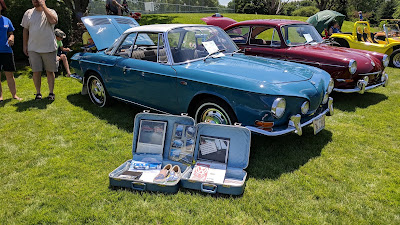 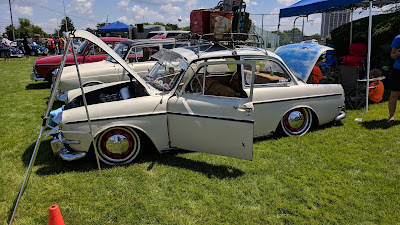 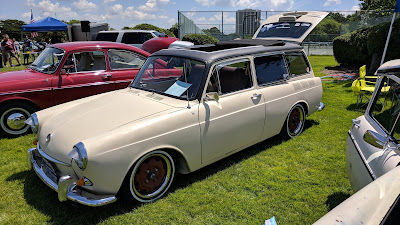 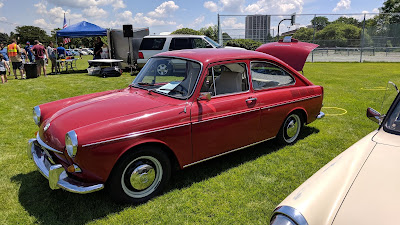 66 or 67 Fastback - I didn't realize until later that I failed to take a good look at this car. 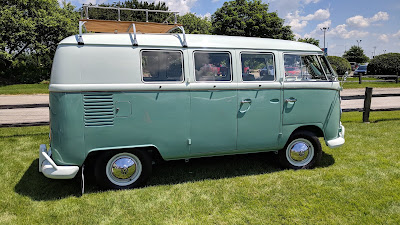