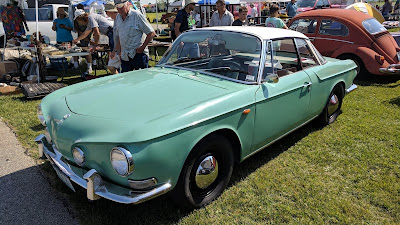 The Effingham show was very light in both participants and attendees - there were two other shows in the region on the same dates and I think they all suffered some attendance issues because of it.

63 Type 34 - a little rusty but pretty straight body.  Guy wanted $20k for it, which I think is a bit ambitious.  Interior was worn and partially replaced - overall decent. 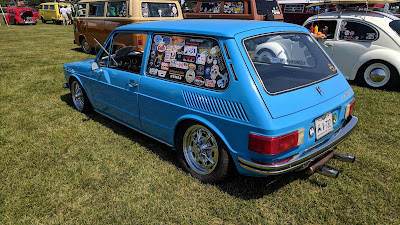 70's Brasilia - it was very nice but a little too low. 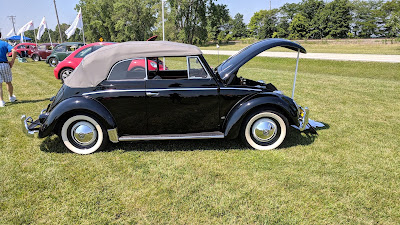 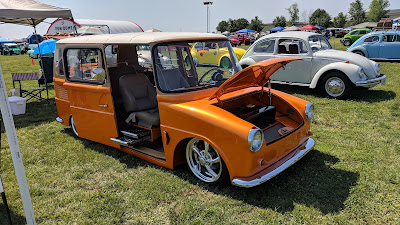 A German Fridolin with crazy expensive paint.  Very nice condition but hard to look at in bright sunlight. 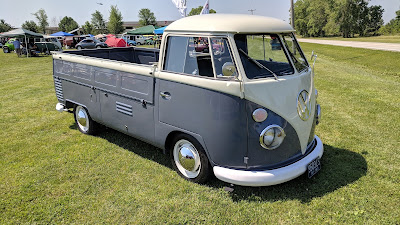 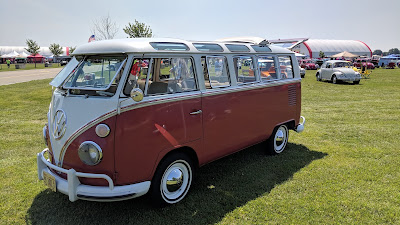 21 window split bus - looked nice from 20' away but as I got closer, I noticed that the little windows on top had rust around all of them. 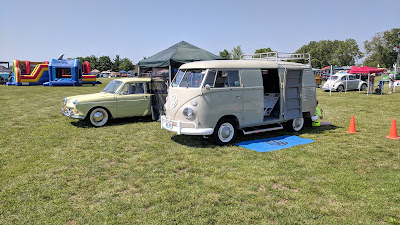 '68 Squareback - mostly stock, decent shape.  I was too lazy to walk over to get closer.  It was over 95ºF and I was wiped out.  The double door bus was super nice.  Must have been like driving a pizza oven though. 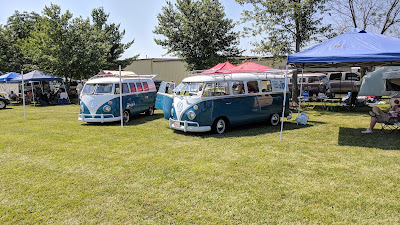 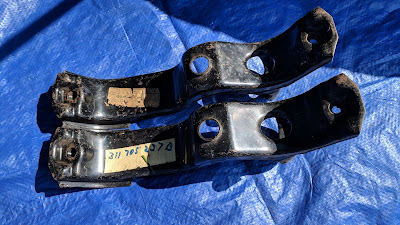 NOS front beam brackets.  I never expected to find these at a show in the middle of Illinois.  A little worn but they'll clean up nicely. 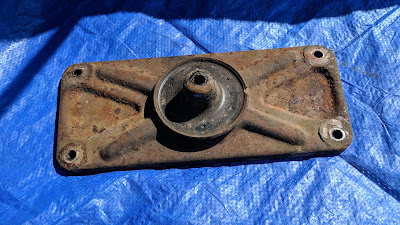 The only other thing I bought - a super straight front subframe plate.  It'll clean up really nicely and take paint and then I'll sell it - because people like pretty stuff.

I sold the Vintage Speed exhaust from the car and the modified one that I've been dragging around for years.  It's been nice to slowly sell off the stuff I don't need or things that won't help me get where I want to go with this car.
at June 18, 2018