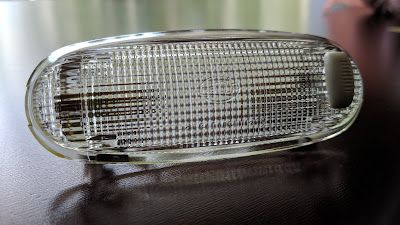 The cargo light arrived yesterday - it's absolutely beautiful!  I took a few pictures of it, wrapped it back up and put it away.  So nice to have this checked off of the list! 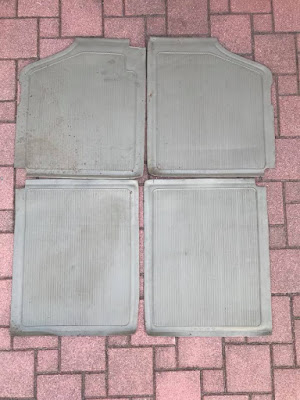 Somewhat impulsively, I bought these OG mats from T3HQ.  I think they'll look good on new carpet when the car is done. 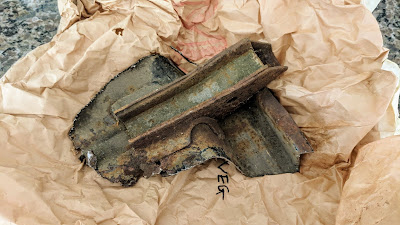 The wayward jack point showed up yesterday as well - nice to see it came before I had to go chasing after it.

The timing for the pan work is a little iffy...I want to get the IRS conversion done and then paint everything at once but it might not quite work out that way...flaky people are fucking up my progress.

It seems like the pan will get done/painted and installed along with the front beam, and then the rear end will get done later...I'm going to check with the shop to be 100% sure that's how it'll work out.  Probably better because then I won't feel rushed to get it done all at once. 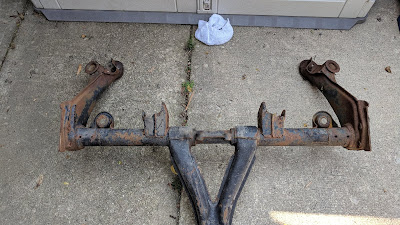 The trip to Adam's shop was productive - I got a bare IRS subframe for a pretty good deal.

I dug through a pile of torsion bars and didn't find any for a Squareback.  I decided on site to buy new spring plates so I left the dual spring plates there as well.

Later that day - after consulting with a few others, I figured out what I needed to buy and did just that...I have to get this thing moving forward in a big way.  I found trailing arms in Indiana, and almost everything else was purchased new.  All I need now are torsion bars and axles.  I should have those secured by Monday. 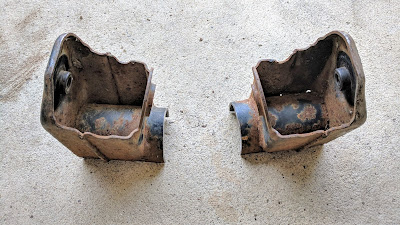 The next day - I got the stock pockets off of the IRS subframe and then realized that I should have just left it alone so that the shop could make their own jigs and speed up the process...sucks that I got a little ahead of myself because I don't know that the jigs are going to show up anytime soon.  The project can't really go anywhere until those pockets are welded in... 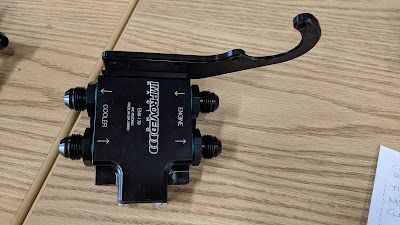 The Fast Fab bracket arrived and it bolts right up to the oil filter mount/thermostat.  I think this is going to need an extension made but I have to wait until the exhaust is on the engine...lots of contingencies to deal with at this point.  It would also be pretty fucking awesome if it just fit as it is. 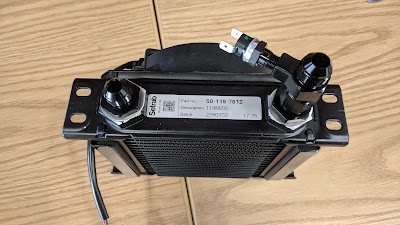 The Setrab oil cooler now has fittings and a thermostatic switch to turn the fan on and off...just need the hoses now.  Feels super close and a little far away still.

Engine parts finally shipped and will arrive on Wednesday.