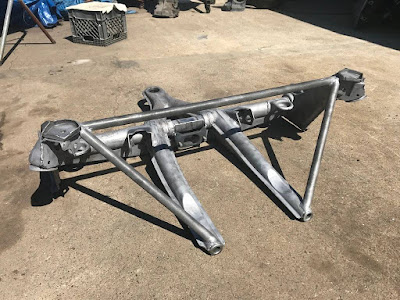 Some might say it's best to start with the goal in mind...so here it is, again.

This one is deep pocketed for T2 CVs which I will probably never need but the rest of it is on point.

Since all 'projects' need due dates - I've given myself the deadline of having the car 'done' and functional by the date of the last car show of the season here - September 15th.  That's just over a month away to get pans welded in, get the pan painted, rebuild the engine, install a new exhaust (and tune it), do an IRS conversion, secure an IRS transmission and get it all back into the car.  Most of this stuff is in some state of forward motion but I know there are a few unknowns out there: 1. Will the current parking brake cables work on the IRS conversion?  2. Will the current brake lines work on the IRS conversion?  3. Do I attempt to ship the current transmission to California for conversion or just order another one? 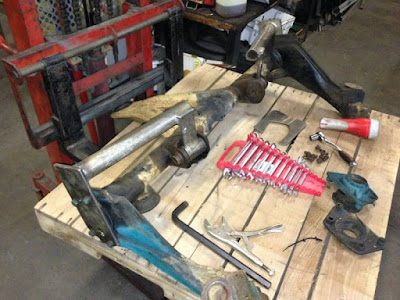 This set of jigs were made from an IRS subframe - different approach but would work for both Type 1 and Type 3.  I like the simplicity of these things. 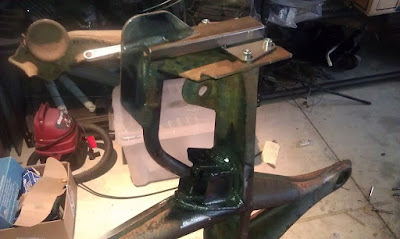 This specific set of jigs was going to be loaned to me by a guy in California - we chatted via messages and he agreed to ship them to me if I provided a label.  I sent the label last Monday - and asked again on Wednesday - and he has yet to ship them.

Now that I've gone 'all in' and ordered nearly everything - the missing jigs have suddenly sprung to the front of the list of things that are holding progress at bay.

I asked around and a local guy says he's got the jigs and I can borrow them...so tomorrow, I'm going to load up the car with the stock IRS pockets, the Swing Axle subframe, jack point and drive over an hour out to pick up the jigs, then an hour East to drop off the jack points and all of the IRS conversion bits - chat about the paint situation for both projects and then drive home.  It's a 200 mile round trip just to get shit done.  I'm guessing that the pan will get done and delivered - giving me time to get the front to rear brake line installed, the rear hard brake lines installed, get the front beam on and prepare for getting the subframe installed a week or so later.

The engine, thank fuck, is a completely independent project and will be done way before the pan and IRS conversion are completed.  Fortunately, it's well managed and I'm not really all that worried about it right now - parts are arriving in 3 days and the engine will be running in about a week or so - getting the exhaust tuned may be the bottleneck in that operation - I may have to buy a tuning cone for the exhaust to adjust the backpressure.  I've also got to resolve the oil filter mount and hose situation.  Fortunately the turn around time on the hoses is less than a week...let's hope it's that simple, yeah? 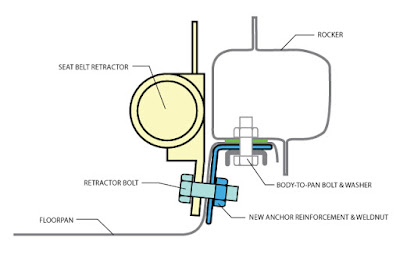 Then I get to dig into the seatbelt situation!  The goal is to have 3 point retractable seatbelts at all four seats...this will require a little bit of modification.  I went looking for a solution that didn't require digging into the heater channels or rockers.

I've got some solid ideas that I think will work out pretty well until the body work is done.  Once it's body work time - I'll raise the shoulder height of the top mount so that it's in a better place.

Last up on the order wheel: Getting the sound deadening for the pan so that I can install it and finish it properly.  There's a nutty amount of money to spend on this stuff...but it'll be worth it when the car is quieter.

It's an exciting time in the life of this car - things are happening - and whether I accomplish this stretch goal before the deadline really doesn't matter - it'll get done and I'll either drive it to the show or right after it.  I simply like the idea of having something to push for and this week is going to be a good one for the car.
at August 12, 2018