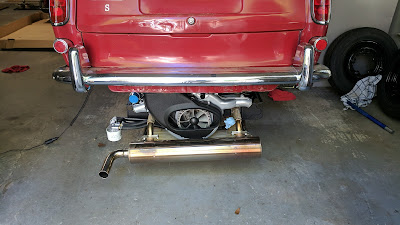 After a late start, I was able to gain some momentum - the brakes were installed, axle boots were started and I decided to attempt to install the engine.

I ran into a few minor issues early on: The oil filter bracket needed to be moved to a different mount hole because it was rubbing on the side of the engine bay.  The exhaust was rubbing against the rear apron (which is bent to absolute shit, btw) so that was removed. 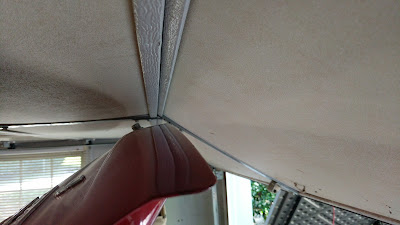 Had *just enough* space to open the hatch with the car on jack stands - a lucky break.  Having the hatch open makes it much easier to work on the engine area...and I knew I'd need all the help I could get.  This car hasn't exactly wanted to be back on the road - seems like there's a continuous stream of events that prevent the next step from being completed. 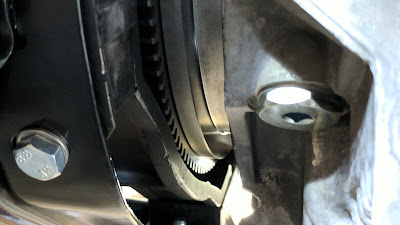 But as I attempted to install the engine, my luck disappeared.  The engine spins freely and the axles spin freely but they do not engage.  I triple checked to make sure neither was tangled up on anything else - all clear.

When the transmission arrived - I checked the case # to make sure it was a 12 volt case before bothering to start assembly so I knew it wasn't the bell housing...but I checked it anyway. 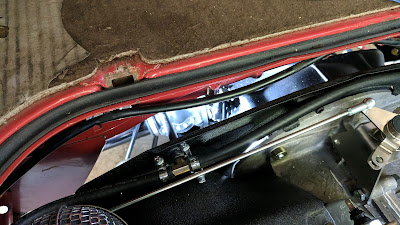 I had a brainstorming session with a local VW friend and the only thing he was able to identify as a potential cause was that the clutch plate wasn't centered with the pressure plate.  You'd think that with what this thing cost to have built that this simple part would have been guaranteed to be done...yeah.

So tomorrow, I'm going to jack the car up, drop the engine and check the clutch plate.  I hope this simple fix is the issue because I don't have many other ideas - everything is clear, nothing is rubbing/touching where it shouldn't but it just doesn't want to go back together.  Just have to see what tomorrow brings.

As I'm working on this car, I've begun compiling a list of things that I want to change the next time I pull this engine out: AN connections and steel braided lines for the remote oil filter, install the Setrab oil cooler I bought, swap the fuel hose for hard line in the engine bay, figure out a way to bring fresh air into the carburetors via stock inlets (+ the one I add on the left side), angled plug wires at the distributor, etc.