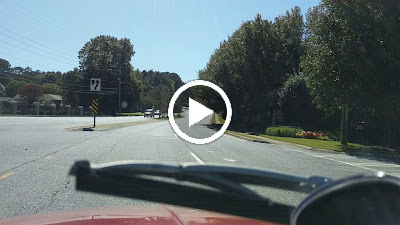 Today was the day after all...I drove around for about 15 minutes to get a feel for the car and see if there was anything 'off'.  Everything seems to be okay - other than my manual transmission skills which are rusty after months of driving an automatic.  I might tweak the clutch cable just slightly to bring the clutch closer to initial pedal input.  Actually, the idle is a touch high and the carburetors need to be dialed in a little bit - then it'll be golden.

Let's recap the day, shall we?  Bright and early this morning, I filled the transaxle with gear oil to replace the amount that I lost while swapping nose cones and then adjusted the clutch pedal travel.  Once that was completed, I moved on to the brake bleeding process - which was very simple because it's all disc brakes AND only the rear section had leaked out.  I double checked the fronts and they were in good shape.  Nice firm pedal with very little travel.

I moved inside and fixed the seat belts (didn't install the rubber mat due to temperature), installed the driver's seat and connected the battery.  Next up was the rear hatch seal - I decided to use the ISP seal that I bought because it's been literal decades since I've installed a seal and that wound up being a good choice.  The ISP seal doesn't have molded corners so it fits like shit in the corners - but seems to be okay in the flat areas.  Keeps the stench out of the car which is what I'm primarily concerned with at this point.  Installed the lower inside seal and that task was complete.  I'll put the other seat in tonight/tomorrow and install the safety relay (just connecting a few wires). 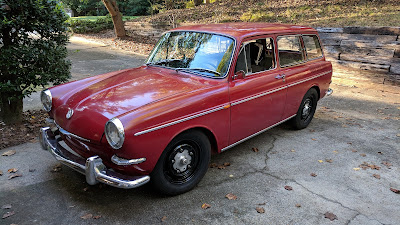 The dash light issue wound up being an LED that has incorrect polarity - I ordered two correct bulbs and an alternator light as well.  One way or another, I'll get the LED thing situated.  Once I find the correct rivets and rivet gun, I'll tackle the independent flashing in the gauge cluster.

I'm now on the hunt for a trip speedometer in MPH...so there is some minor additional wiring to be done in the dash but not a whole lot. 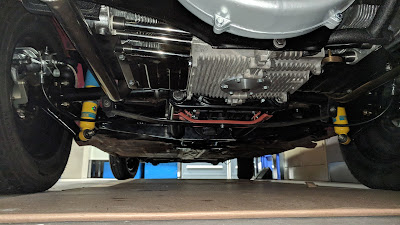 The camber compensator is still on the car - somehow, it's settled into the correct position so I'm going to leave it alone for now.  If I hear any odd noises or it causes any problems, I'll take it off.

Now I just have to wait for parts to arrive so I can finish up a few loose ends. It's supposed to rain tomorrow so it'll be Sunday or Monday before I get back into the car for another drive.
at October 27, 2017