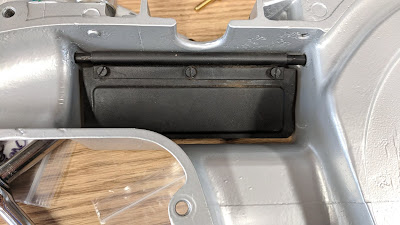 Today's short work was focused on the flaps in the fan shroud.

First thing that caught my eye was that the flap on the left side was not installed properly - it's backward.  The clue was that the end of the tiny bolts was making contact with the top of the inside of the fan shroud - preventing the flaps from opening all the way.  The flaps, oddly enough, were designed with this in mind - they're made to be flat on the back side and have an inset area for the screw head so that they do not foul the fan shroud.  It's a fairly small detail but anyone building engines for more than a few years should know this detail because it affects the proper operation of the flaps. 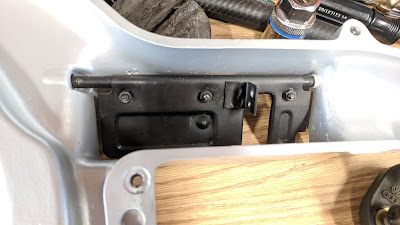 This is the right side flap - it was installed correctly but likely only because of the necessity due to the flap rod being attached to this side, even if they did forget the spring and the rod fell off. 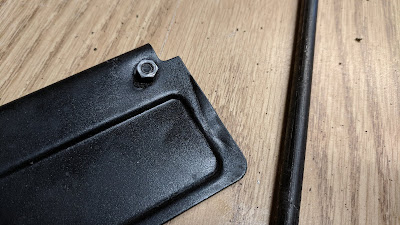 The other thing I noticed about the flap that was installed backward is that the engine builder hammered the intentional 'dent' in the side of the flap.  They clearly don't know why it's there because it was put on both backward and altered. 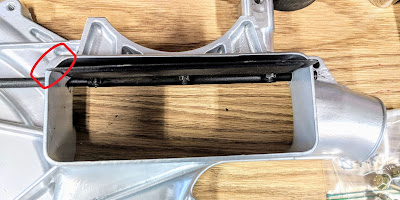 When installed properly - the 'dent' allows the flap to clear the fan shroud as shown in the red area and open slightly more.

Again, anyone who has built more than a handful of Type 3 engines should know this. 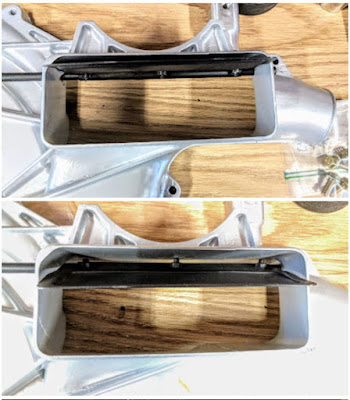 This image shows the difference in opening between the way the flap is designed to be installed (top) and the way the engine builder installed it (bottom).

Yet another reason that outsourcing Type 3 projects and work to others can be a frustrating experience, to say the least.

I've also come across the 'eyeglass tin' from the engine and have noticed that it's not dual carb tin, rather it's for a fuel injected system.  The top of the tin is flat for carbureted engines and has a raised section at the top for fuel injected engines.  It does not fit quite right over carburetor manifolds.

For what I paid for this engine - there's a lot that's not right, places where shortcuts were taken and attention to detail was seriously lacking.  It's disappointing, to say the least.