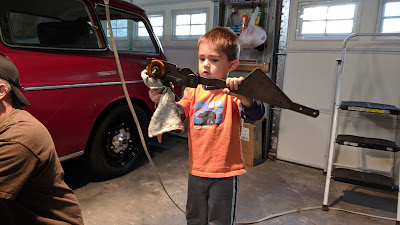 Today my helper and I took on the task of disassembling the driver's side door to replace the window felt, clean the lock mechanism and the window regulator.

If all of the jobs on the car took 15 minutes with a 2 hour break in between he would be solidly involved. 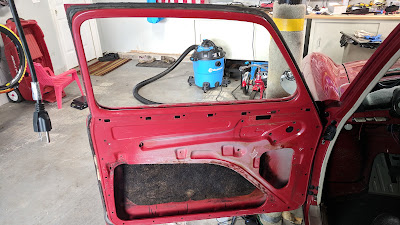 Got the door completely disassembled.  I have new inner scrapers from a bus coming on Monday.  I have to get a rivet gun so I can attach them to the original trim pieces.  I'm not going to worry about fixing or straightening them for now.  This is a practice run for later. 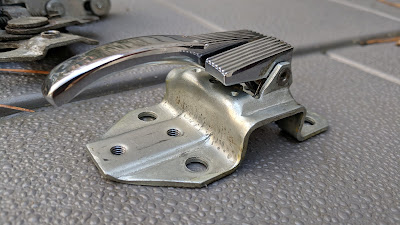 Inner door lever cleaned up nicely - almost as nice as my NOS pieces. 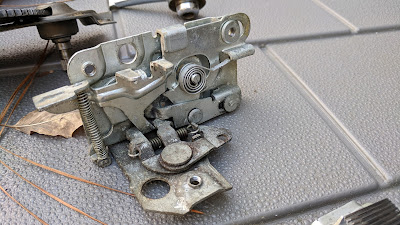 Used half a can of brake cleaner to blow out all of the crusty grease from the door lock - it was fairly stiff and hard to operate.  It's very clean and ready for new grease. 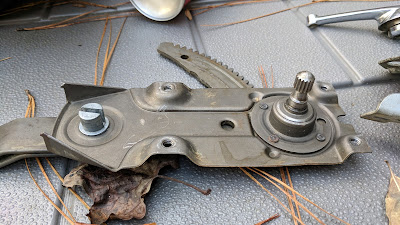 The other half of the can was used on the window regulator.  I was pleasantly surprised at how clean this regulator came out - and that the alloy cam wasn't broken.  I expected it to be snapped because of how hard it was to roll the window up and down.  It's slightly tweaked but not broken. 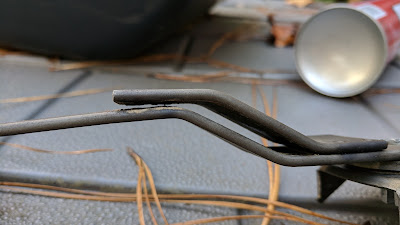 The support arm on the window regulator popped off.  I should be able to get this welded back on pretty easily.  Depending on when I do the re-assembly, I might use a  different window regulator for the purpose of timing. 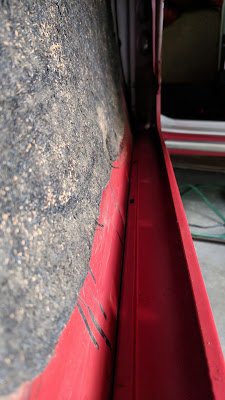 Inside of the door was scrubbed clean - no real rust issues.  I pulled out the shop vac and blew out the front portion of the door to release any crap trapped up there.  Some dust came out along with two of the clip boots but that was it.
at November 11, 2017